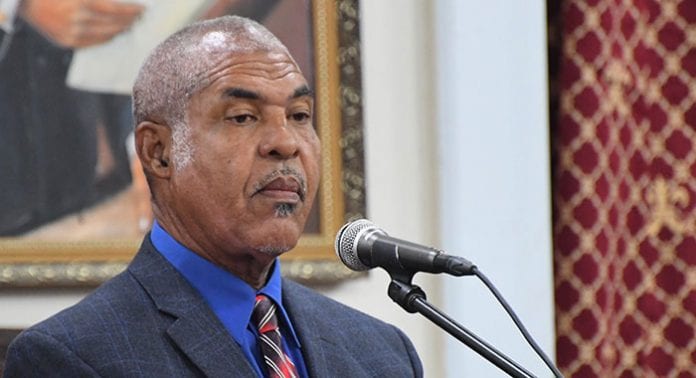 St Vincent and the Grenadines government says it is re-introducing the coronavirus (COVID-19) protocols announced on April 7, but which seemed to have fallen by the wayside with the explosive eruption of La Soufriere two days later.

However, unlike before the eruption, students who have returned to the physical classroom now have to present a negative antigen test result, or be tested for the illness, once given consent by their parents.

Acting Prime Minister Montgomery Daniel did not say what would happen if students do not have a negative test result and their parents do not consent to the test.

Speaking on the radio station owned by the ruling Unity Labour Party (ULP) over the weekend, Daniel said that officials from the health ministry who attended last Thursday’s cabinet meeting had expressed concern at the spread of COVID-19.

He said that the government will be enforcing the protocols, which also clamp down on mass gatherings and demand face masks in public places as well as private places to which the public has access.

Daniel said that the testing of teachers and students will be done “on a two-week basis, by and large.

“Of course, you may well find that some students may not be tested more than once per month. But it is very, very much important that the testing be done if the vaccination is not in place,” the Acting Prime Minister said, adding that it was “real stunning” hearing that the island had gone past the 2,000 COVID-19 cases mark.

According to government statistics, on Saturday, 13 new COVID-19 cases brought to 2,027 the total number of cases of the virus confirmed since March 2020. The country has recorded 12 COVID-19 deaths while 1,831 people have recovered from the illness and 184 cases remain active.

“… on public transportation, the protocols would be maintained, and then you have, in terms of churches, they are still down to their capacity of one-third. In terms of parties and funerals and weddings, of course, they are expected to maintain the protocols as required,” Daniel said.

Daniel said that the police high command was called to the Cabinet discussions to ensure that they understand the importance of their role in enforcing the protocols.