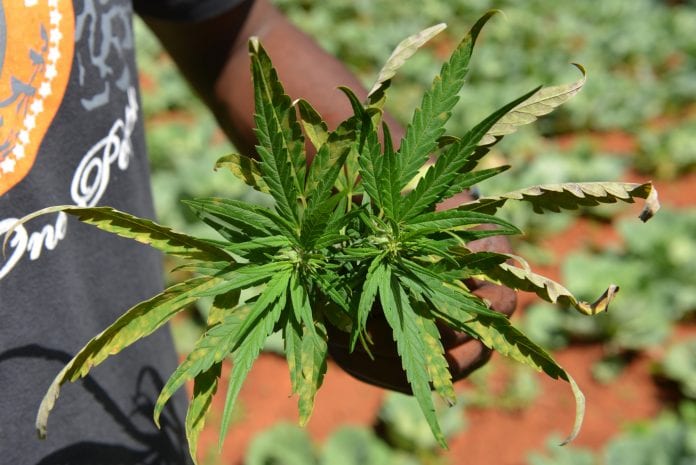 CASTRIES, St. Lucia – The St. Lucia government has joined the government of Dominica with plans to decriminalize marijuana.

The government says it is now in the processing of drafting legislation that will allow for the establishment of a cannabis industry.

“We are here…as a result of a voice note, which, no pun intended, has been blazing up over the social media,” Commerce and Investment Minister Bradly Felix told a news conference in reference to a voice note in circulation from the chairman of the Cannabis Movement of St. Lucia, Andre de Caires in which he spoke of the proposed legalisation.

“I can appreciate that Mr de Caires in all of his exuberance, because he has been one who has been at the helm of fighting for a different outlook on the cannabis industry for I think over 20 years, I guess he jumped ahead and shared information with his colleagues and I noted in the voice note that he spoke to full legalisation.

“I have since called on Mr de Caires and said, ‘I never indicated to you full legalisation’. What I said to you …was the scope of our discussion.”

Felix told reporters that during Monday’s Cabinet meeting “there was consensus with regards to authorising the Ministry of Commerce and the Attorney General Chambers to draft the legislative and the regulatory framework to assist in the implementation of a cannabis industry.

“That also included looking at personal use, religious use and medicinal use,” Felix said, adding that the establishment of a ‘license regime’ to govern the industry was also discussed.

When a matter is sent to the AG’s Chambers, what comes out is a draft framework, subsequently it will come to Cabinet but it will have to be reviewed by various agencies, for example the Bar Association and other agencies, in terms of reviewing these things and giving us their feedback. Then we go to Cabinet with that final decision.

“Cabinet also reviews the draft legislation in terms of going forward to parliament. So this is where we are. The work has just started as it relates to formalising that framework,” Felix said, adding that authorisation had also been given to look into the expungement of records for people incarcerated for having had in their possession “less than 30 grams” of marijuana, without violence attached to the charge.

Meanwhile Acting Commissioner of Police, Milton Desir, said law enforcement authorities will continue to enforce the laws of the land as it pertains to marijuana.

“Our position remains the same, until the law has changed it is an offence to use, cultivate marijuana, offer for sale and so on,” Desir told reporters.

“The police, we will act based on the existing laws, when they have changed then we have no choice but to act according to the law. What we do is enforcement of existing laws so once the law still remains in effect we have to set based on it,” Desir said, urging members of the public to adhere to existing laws despite the current steps being contemplated by the government.