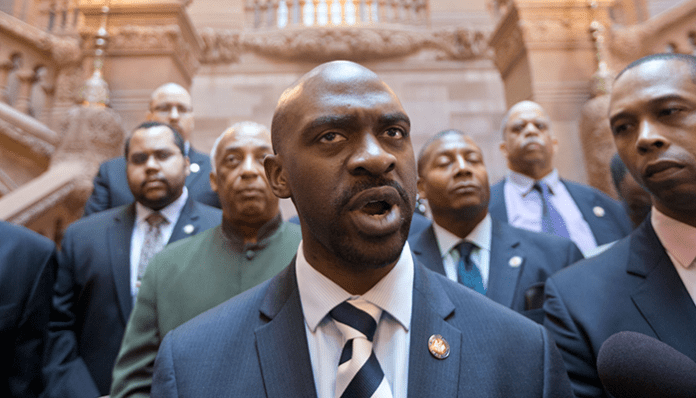 Blake, a 34-year-old veteran of former US President Barack Obama’s presidential campaign and White House, and Meng called for unity in rebuilding the party’s infrastructure and to support new candidates for local office.

“We have to leave here united. We cannot walk out of here as Obama Democrats or Hillary Democrats or Bernie Democrats, we are a united Democratic Party, and that is who we are.”

In a show of unity, Perez asked the 400-plus DNC members to elect Ellison his deputy chairman. They complied, and Ellison accepted the post.

US Congresswoman Yvette D. Clarke, the daughter of Jamaican immigrants, who represents the 9thCongressional District in Brooklyn, was among members of the Congressional Black Caucus who had had also endorsed Blake.

“As a fellow Jamaican-American, it is with great pride that I endorse Michael Blake for DNC vice chair,” Clarke said, adding “Michael is absolutely committed to organizing on the ground, mobilizing communities to vote and communicating how policies are directly impacted by political decisions.

“I have been a surrogate with Michael on countless occasions and have seen how hundreds of people are motivated to action because of his words,” she added. “He is exactly what we need as a party to heal and unite.”