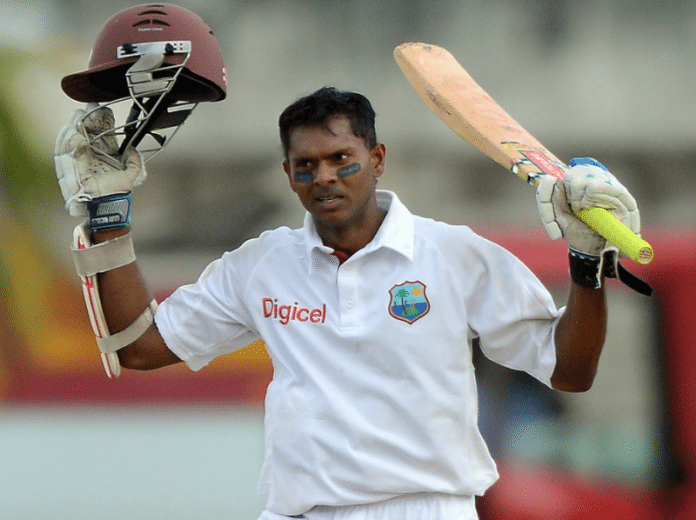 Veteran left-hander Shivnarine Chanderpaul has called time on his illustrious 22-year international career, eight months after being axed from the Test squad.

In an email to the West Indies Cricket Board, the 41-year-old indicated he would no longer be available for selection to the senior team.

Chanderpaul, who played a record 164 Tests, was controversially axed last May by West Indies selectors following a run of low scores but said at the time he was focused on regaining his place in the side.

The WICB acknowledges the invaluable contribution Shiv has made to the game globally and we wish him all the best,” Cameron said.

Chanderpaul amassed 11,867 runs at an average of 51 and lies second on the all-time West Indies list of run-scorers behind Brian Lara who scored 11,953 runs.He struck 30 centuries and 66 half-centuries.

Chanderpaul also played 268 One-day Internationals garnering 8,778 runs at an average of 41, and also suited up for 22 Twenty20 Internationals.

He also recently contested the Regional Super50 in Trinidad and Tobago.

Antigua and Barbuda Will Not Provide Work Permits to First-Time Foreign...