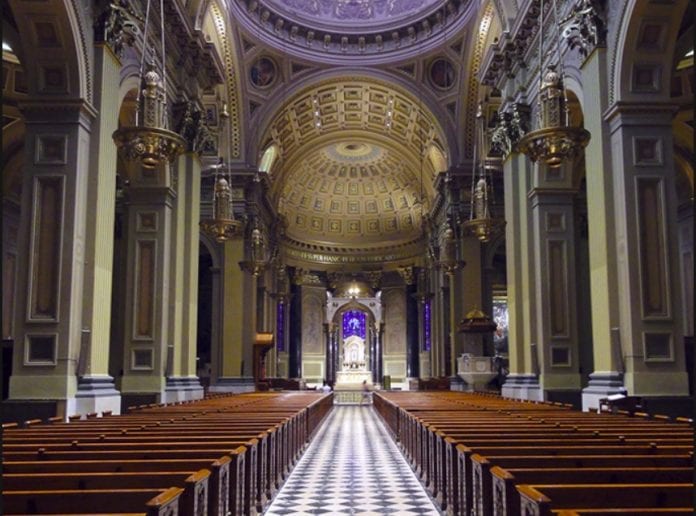 Catholics, and non-Catholics, in South Florida’s Caribbean American community appear conflicted at a Pennsylvania grand jury report earlier this week.  The grand jury reported its investigation of sexual abuse by Catholic clergy identified more than 300 clergies involved in cases of over 1,000 child victims over several decades.

The report indicated abuses related to six Roman Catholic dioceses in Pennsylvania, and believes the “real number” of abused children might be “in the thousands.” Some records were lost and victims were afraid to come forward.

Pennsylvania Attorney General Josh Shapiro says the probe found a systematic cover-up by senior church officials in Pennsylvania and at the Vatican in Rome.

Worship Christ not man
Patricia Sang of North Miami, referring to herself as a “devout catholic” of some thirty years from her youth In Jamaica, said “Allegations of sexual abuse have been affecting the Catholic Church for years. Personally, these reports do not deter my faith in the Church because I worship Christ, not man. But saying that, the matter must be addressed. Many Catholics like, myself believe if persists were allowed to marry, this would reduce the  potential for sexual abuse, especially of the youth, in the church.”

Victor Samuda, a Trinidadian American, also grew up in the Catholic Church and was a member of the altar-guild in Trinidad. He migrated to the US 24-years ago with intention of becoming a Catholic priest. “I actually attended a seminary for a few months, but I couldn’t withstand certain temptations. I was very attracted to women, fell in love with one, and realized I couldn’t maintain the sacrifice of celibacy, so I left, got married, to a Catholic girl, and have no regrets. I’m an active Catholic and haven’t heard of any sexual abuse where I have worshipped in South Florida or Chicago where I once lived.”

A recent graduate of a Catholic seminary in South Florida, requesting to be referred to only as Mark, said. “The debate over marriage of priests is persistent theological debate. But when one decides to be a Catholic priest one make vows of celibacy and humility. The priest is married to Christ, and must be able to withstand temptations, and pray relentlessly to do so. Priests are human and unfortunately some succumb to these temptations. It is not easy. The reports of sexual abuse are sad indictment. Those who cannot resists sexual temptations should reconsider their commitment to their vows and leave if they are fallible. Certainly, where the abuses are known, they should not be covered up.”

Ras Knowles, a South Florida Rastafarian, believes “It’s Satan at large. Satan is attacking everyone – Catholic, Baptists, Anglican, even Rasta – who believe in God. Personally, me not going to condemn people for their human weaknesses. But, still if people decide to be people of God and become religious shepherds and cannot resist the temptations of the flesh and Satan, they should leave the shepherd business and not abuse anyone hypocritically, and definitely not male or female youth.”

Judith Laing, a local Episcopalian, a church close to Catholicism in dogma, denounces the behavior in the grand jury report. She also believe if Catholic priests were allowed to marry “it would curb sexual abuse. I think there’s a double standard as Catholic deacons can marry, and still officiate in the church but just cannot be priests and head of churches. Pastors in Episcopalian and other churches marry, and despite some reports of sexual misbehavior, it isn’t a widespread issue as appears to plague the Catholic Church. I think Pope Francis must closely examine the correlation between sexual abuse by priests and the vow of celibacy. Obviously, there’s a problem.”

Rev. Horace Ward Jamaican American rector of Holy Family Episcopal church in Miami Gardens see the grand jury report as “ painful but necessary action to protect our youth. However, it is not in my place to comment on the Catholic dogma regarding the vow of celibacy.”