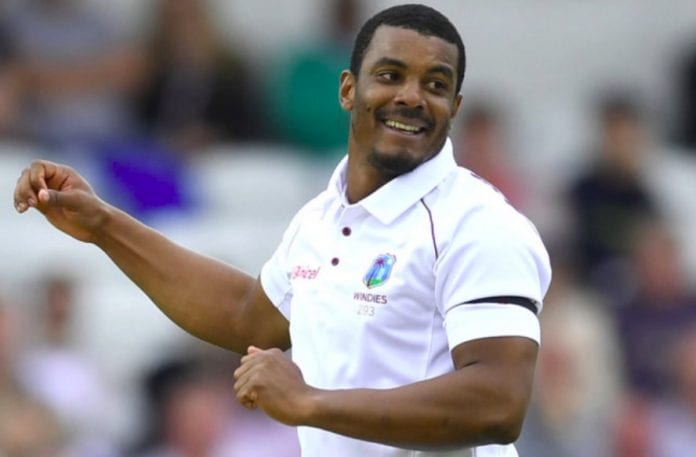 Shannon Gabriel’s record eight-wicket haul set the stage for a sensational West Indies run chase but sloppy batting, coupled with inclement weather, ensured an anti-climatic end as the second Test against Sri Lanka ended in a draw on Monday in St. Lucia.

In the end, the final day at the Darren Sammy Cricket Ground which started with so much promise, ended with West Indies battling to save the contest and preserve their 1-0 lead in the three-Test series.

Set 296 for victory with nearly three full sessions available, West Indies slumped to 8 for two wickets early on and were clinging on at 147 for five, when bad light drove players from the field at 5:05 pm, never to return.

To Sri Lanka’s dismay, rain had earlier arrived half-hour after the tea break with West Indies on 137 for five, causing a delay of just over an hour.

When play finally resumed, only 15 balls were possible before the quickly diminishing light ended play again.

Throughout the turmoil of the day, opener Kraigg Brathwaite remained resolute with an unbeaten 59 and was accompanied by captain Jason Holder at the end on 15.

Shai Hope made 39 but no other batsman passed 15 as Sri Lanka’s seam attack made repeated inroads.

Speedster Gabriel had earlier produced a career-best match haul of 13 for 121 – the third best overall figures by a West Indies bowler in Tests – when he quickly wrapped up the Sri Lanka second innings inside the first 20 minutes of the day by taking the last two wickets.

Resuming on 334 for eight, Sri Lanka’s innings lasted just 16 deliveries before buckling for 342 all out, with Gabriel finishing with eight for 62 – the sixth best innings figures for a West Indies bowler in Tests and the best by a fast bowler in international cricket in 17 years.