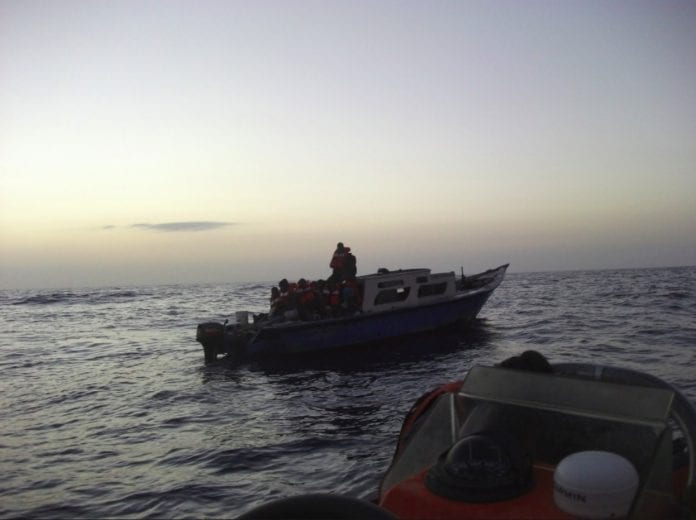 Bahamian authorities say they are searching for illegal Haitian migrants after several people from Haiti were detained following a joint operation involving the police, immigration and Defense Force soldiers over the weekend.

The Defense Force said that on Sunday, a 35-ft a Haitian sloop made landfall off Venice Bay, South New Providence and that the efforts by the security forces resulted in the capture of 26 migrants, who were turned over to Immigration officials for further processing.

The statement said that the search for other migrants is ongoing.

It did not say how many others were on the loose, but the Defense Force had apprehended 13 migrant smuggling vessels since May last year resulting in more than 1,000 illegal immigrants being held.

“Prior to this most recent incident, Marines were deployed to key areas along the coastline of New Providence in support of vessels patrolling offshore.  However, much of the Defense Force’s land based, maritime and air operations have been hampered by adverse weather conditions over the past several days,” the statement said.

It said the Defense Force is also conducting active patrols in response to reports received concerning various illegal activities occurring in the northern and southern Bahamas.

These activities include overfishing by American sports fishermen, as well as mixed migrant smuggling in Grand Bahama, Bimini and the Abacos, in addition to reports of fishermen from the Dominican Republic poaching in the southern