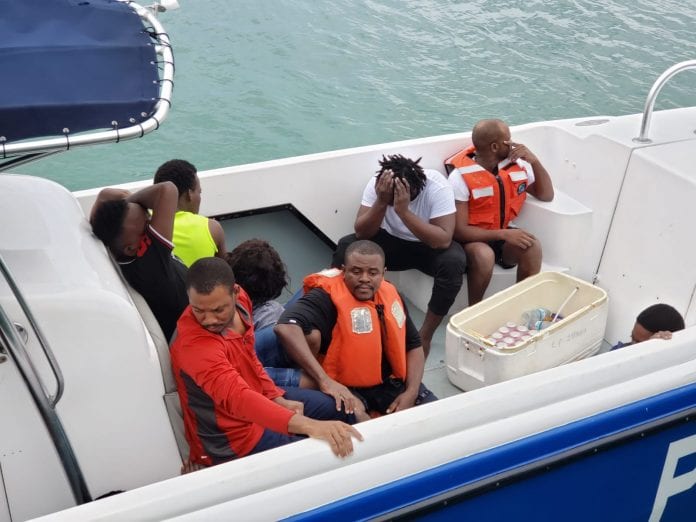 Members of the Royal Bahamas Defence Force, the Royal Bahamas Police Marine Division and the United States Coast Guard, are on Sunday continuing a search and rescue mission for several Haitian and Jamaican nationals reportedly missing at sea.

The police say they received an alert early Saturday, that a 27ft vessel was taking in water nine miles south of Chub Cay in the Berry Islands, and on arrival, the cops found the vessel partially submerged with several individuals in the water clinging to the vessel.

The rescued migrants were transported to HMBS Coral Harbour to be processed and checked by medical personnel in advance of subsequent handover to Police and Immigration officials for further processing and investigation.

The Defense Force Coordinator, Commander William Sturrup and the Royal Bahamas Defence Force both reminded boaters of their responsibility to observe boating safety requirements related to the possession of adequate safety, survival and communications equipment as per the Port Department regulations. The boaters were also warned to pay strict attention to weather warnings, which are guided by the Bahamas Meteorological Department.

In addition, the Royal Bahamas Defence Force urged the general public to report instances of smuggling and trafficking in person trends to its Operations Department to effectively counter such transnational maritime threats.