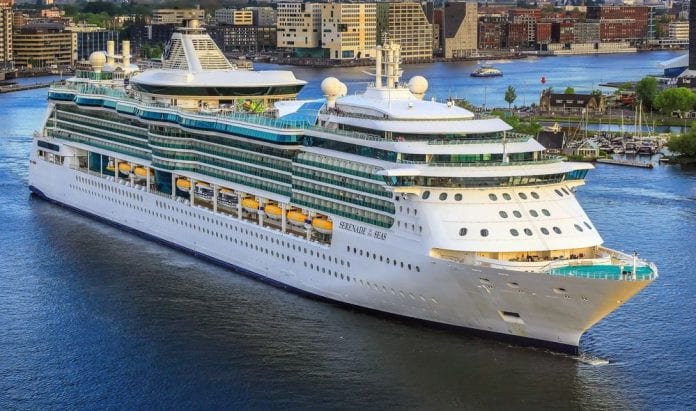 MIAMI, Florida, CMC – Royal Caribbean Cruises says it has banned a passenger for life after she was seen taking a selfie on the railing of Allure of the Seas as it approached Labadee, Haiti last week.

“Earlier this week, on the Allure of the Seas, a guest was observed recklessly and dangerously posing for a photo by standing on her stateroom balcony railing with the help of her companion,” said Royal Caribbean in a statement on Friday.

“Security was notified, and the guests were later debarked in Falmouth, Jamaica as a result of their actions, and are now banned for life from sailing with Royal Caribbean.”

“All guests must attend the mandatory muster drill, and follow all other safety instructions issued by the captain,” it says. “Should anyone become aware of someone being injured, or of unsafe or possibly illegal behavior during their cruise vacation, they should immediately report this to the ship’s security staff or other ship management.

“This may be done through the ship’s telephone or by seeking the assistance of a crew member. If you do not immediately report an injury or unsafe/illegal behavior this delay may cause the ship’s personnel to be unable to effectively respond to the situation,” the website adds.

“A reporting delay may also cause the ship to be unable to properly preserve information or evidence and may cause a delay in notifying the proper law enforcement or other Government officials,” it continues.

Peter Blosic, a passenger on the Allure of the Seas, said he saw the unnamed woman taking the selfie while he was on his balcony.

“I saw the woman climb on her railing. It happened so quickly. Not knowing what her intentions were, I alerted the crew,” Blosic told CNN.

“If I said nothing, and she was going to jump, that would be horrible,” he added.