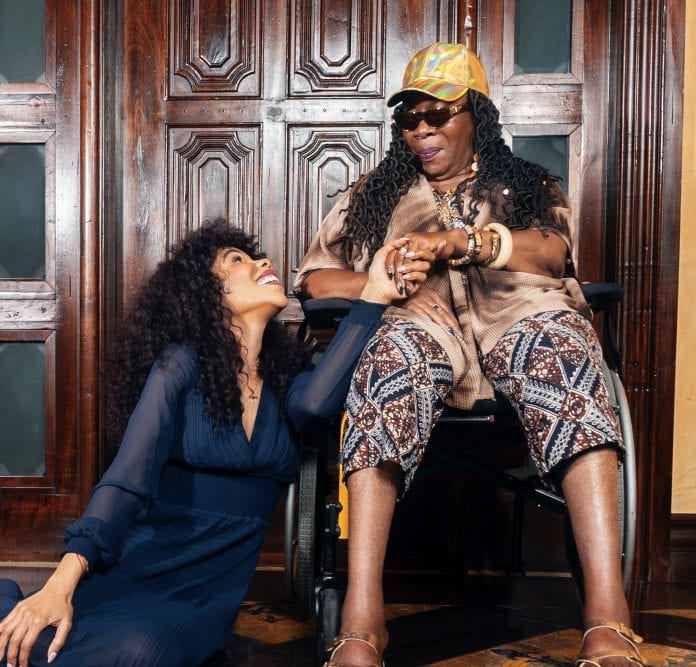 Rita and Cedella Marley are the latest international icons to endorse the Jamaica Heroes Modernized project.

“I believe the Jamaica Heroes Modernized project is important for others to support due to its mission of honoring and reviving the portrayal of Jamaica’s national heroes.”

Bob Marley’s firstborn, Cedella Marley, CEO of the Bob Marley Group of companies expressed this in her endorsement video with her mother and reggae icon, Rita Marley at their home in Miami, FL on June 22, 2021.

Cedella Marley went on to say, “We believe as Jamaican’s we need to be globally represented for our impact on culture and the world.”

Jamaica Heroes Modernized is a multi-dimensional legacy project focused on taking ownership of the Jamaican story and retelling it through the journey of the national heroes from pre-emancipation to post-independence. The project aims to propel a culturally immersive Jamaican story onto the world stage with film, fine art paintings, music, a new digital presence and print collateral.

“We are honored to have Bob Marley’s legacy endorse the work we’re doing and lending their support for the preservation of our culture. Our national heroes contributed to Jamaica’s physical emancipation and political independence. Bob Marley continued the work of emancipating the hearts and minds of people towards empowering that independence. This is one of the reasons he will be featured in the film series alongside Jamaica’s national heroes” “Queen Nanny served as an unprecedented inspiration for Jamaican women everywhere,” said Cedella Marley who in 2014 became the lead benefactor to reform the Jamaica women’s football team through her role as Director of the Bob Marley Foundation.

Smart, who has a collection of Bob Marley fine art paintings on permanent exhibit at the Bob Marley Museum provided a project update sharing “we are making great progress and are currently in pre-production on the first episode of the film series about Queen Nanny of the Maroons.”

Learn more about the Jamaica Heroes Modernized project at JamaicaNationalHeroes.com.