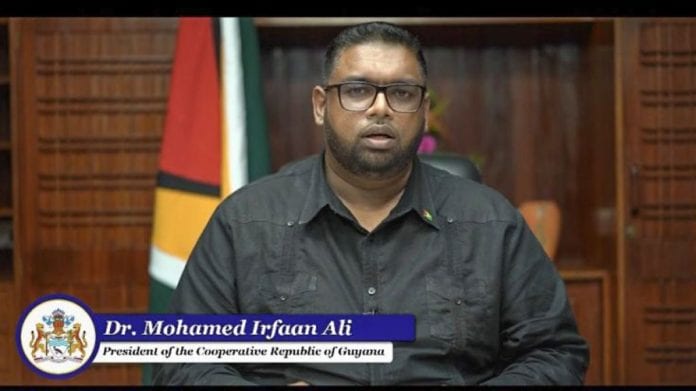 Five investigators from the Regional Security System (RSS) have arrived in Guyana to help the local police probe the brutal murders of three people, including two cousins that led to widespread allegations of racism and protest action earlier this month.

A statement issued by the Guyana Police Force (GPF) said that the investigators, led by an Assistant Commissioner of Police and other officials from countries within the Regional Investigative Management Systems (RIMS) “will be assisting with the investigation and have been given scope to review and explore all avenues.”

The bodies of cousins Isaiah Henry, 16 and 18-year-old Joel Henry were discovered in the Cotton Tree backdam, West Coast Berbice on September 6 and a post mortem found that they both died from haemorrhage and shock due to multiple incised injuries including severed spines.

The killers carved out a huge ‘X’ on Isaiah’s head while they cut open Joel’s chest. The cousins had left their home a day earlier to pick coconuts.

The investigators will also probe the death of 17-year-old Haresh Singh, the grandson of one of the seven suspects held in connection with the murders of Isaiah and Joel Henry. The suspects have since been released.

A post mortem examination found that Singh died from brain haemorrhage and blunt trauma to the head, compounded by compression injuries to the neck.

The visit of the investigators is as a result of a Memorandum of Understanding between the Guyana government and the Trinidad-based Caribbean Community (CARICOM) Implementation Agency for Crime and Security (CARICOM IMPACS).

“The Commissioner welcomed them to Guyana and assured them of the Guyana Police Force’s commitment to make available all the necessary resources to facilitate a conducive environment for their work,” the statement noted.

Earlier this month, Attorney General and Minister of Legal Affairs Anil Nandlall said that international jurists and investigators will be hired to work on the Commission of Inquiry into the murders.

The Guyana Human Rights Association and several other organisations including the Muslim Youth Organisation, Corentyne Berbice Chamber of Commerce, Private Sector Commission and the Guyana Presbyterian Council have also condemned the murders.