Region urged to brace for floods 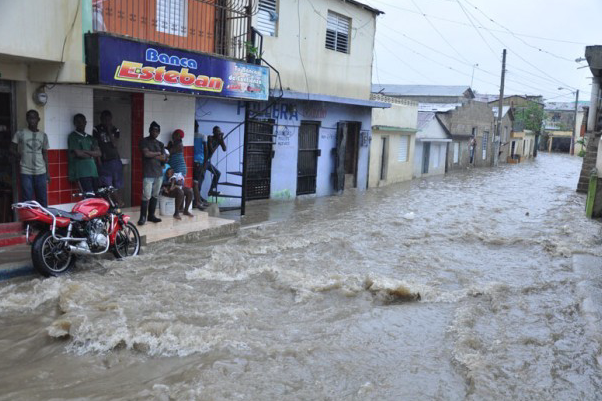 Drought conditions to subside by start of Hurricane season

The Barbados-based Caribbean Institute for Meteorology and Hydrology (CIMH) is warning regional countries that they should brace themselves for floods as the drought conditions which have affected the region since late 2014 are expected to subside by the start of the 2016 Hurricane Season.

CIMH said this latest forecast comes after many months of “warmer-and-drier than average conditions in the Caribbean fueled by El NiÃ±o, a warming of the eastern equatorial Pacific which has implications for weather patterns around the world, including drought in many regions”.

CIMH said that after the forecasted weakening of El NiÃ±o [and] its counterpart La NiÃ±a, “a cooling of the Pacific may take over and affect the region in the latter part of 2016.

“If the change in circumstance takes place, it is likely to result in higher than normal rainfall and stronger storm systems,” the CIMH said in its latest forecast, which it said will be further discussed at a news conference here on Wednesday.

It said that while near to above average rainfall is expected to ease the drought across the Caribbean later this year, “CIMH advises that areas experiencing long-term dryness will be more susceptible to hazards such as landslides and flash floods, once rains return excessive amounts.”

Agrometeorologist and CIMH Chief of Applied Meteorology and Climatology Adrian Trotman, said “limited rainfall over the last few months has left many parts of the Caribbean with dry, compacted soils.

“As a result, heavy rainfall will not be easily absorbed by affected soil which increases the risk of flooding,” Trotman said, adding that recent advances in climate forecasting services for the Caribbean now means that government planners and other bodies can now make important decisions based on seasonal forecasts from three to as much as six months in advance.

“We know that advanced warning of an extreme event like a hurricane can help us to be more prepared. The same now applies for longer-term climatic events and this means that the sooner we can have an early warning of changing conditions the longer time we have to prepare and be more effective at mitigating those impacts.”

CIMH said it will host the news conference to “discuss what the forecast means for the Caribbean, and in particular how its early climate warning information products can help the region’s six climate-sensitive sectors — agriculture, disaster management, energy, health, tourism and water — prepare for and adapt to what is expected to be a more intense wet/hurricane season”.