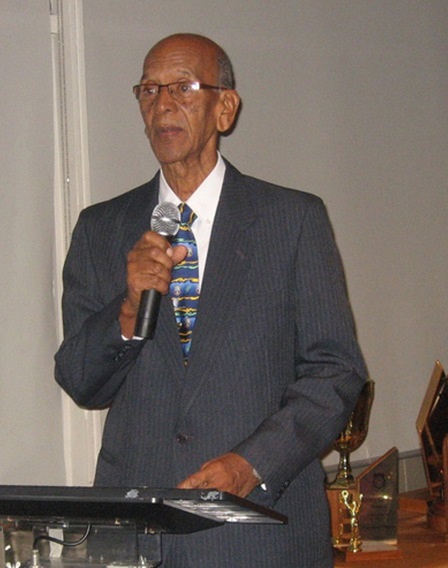 “CWI and Windies fans have lost a truly knowledgeable gentleman, who stood out among the crowd, not only for his knowledge but his stature and personality,” a CWI statement said Sunday.

“He has certainly left a lasting legacy throughout the region with the knowledge and support he has given to cricket officials and players alike.”

Following his retirement, Cumberbatch served 12 years as chairman of the West Indies Umpires Training and Examination Committee, before stepping down earlier this year.

He was subsequently honoured with an Honourary Life Membership on the committee.

Fellow Trinidadian and international umpire, Peter Nero, said Cumberbatch had been a friend and mentor.

“If I’m travelling to go anywhere, he would call me to wish me well and tell me to keep focused,” Nero, who replaced Cumberbatch as head of the West Indies Umpires Training and Examination Committee, told the Trinidad NewsDay newspaper

“If I stood in a match and perhaps he saw that I made an error, he would call and say ‘don’t bother with that, everybody makes mistakes, you’re still a good umpire.’”

Azim Bassarath, president of the Trinidad and Tobago Cricket Board, said Cumberbatch had played a critical role in the development of officiating in the region.

“He has been an integral part in the training of all our regional umpires and Mr Cumberbatch did play his part in the development of umpiring in Trinidad and Tobago,” Bassarath said.

“He was an outstanding regional umpire and when you speak to any umpires now, they will say they gained a lot of knowledge and experience from associating with Mr Cumberbatch.”

Cumberbatch fell ill at home and passed away at hospital after failing to recover.