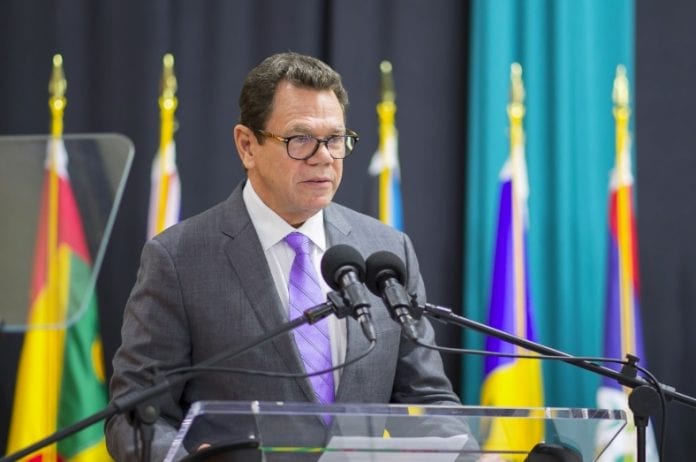 Caribbean Development Bank (CDB) President Dr. Warren Smith is calling for a new paradigm in the aviation industry, defined by connectivity which is convenient, flexible, and reasonably priced.

Speaking at Aviation Day Caribbean last week, Smith noted that transforming the Caribbean airline industry will demand significant reforms and actions by regional governments. He, however, noted this will also lead to a better overall customer experience and to aviation making an even bigger contribution to regional economic activity.

High cost a deterrent to travel

The CDB President said the cost of intra-regional travel is a major deterrent to travel, saying that in many instances, high taxes have made fares uncompetitive. He noted that a reduction in these costs could lead to an increase in travel.

“Intra-regional fares have risen steadily to the point where it is often cheaper to fly to the Eastern Seaboard of the United States than to fly to neighboring Caribbean islands. Studies commissioned by CDB, confirm that air travel is price elastic, so that reductions in these imposts should lead to increased travel, which in turn, should lead to additional tax revenue flow to replace some of the revenues foregone. Additionally, one should expect secondary benefits to government revenue arising from the in-country spend associated with the larger number of visitors,” he said.

Specific measures recommended by the CDB President to revamp the aviation industry included harmonizing regulation across the Caribbean, adopting and implementing a comprehensive open skies agreement, and strengthening the internal operation of Caribbean airlines.

Regional Vice President, The Americas for IATA, Peter Cerdá, said that air transport is vital to supporting sustained economic development in the Caribbean. He noted however, that while the global aviation industry is doing well, the profit per passenger in the Latin America and Caribbean region is less than half the global average.