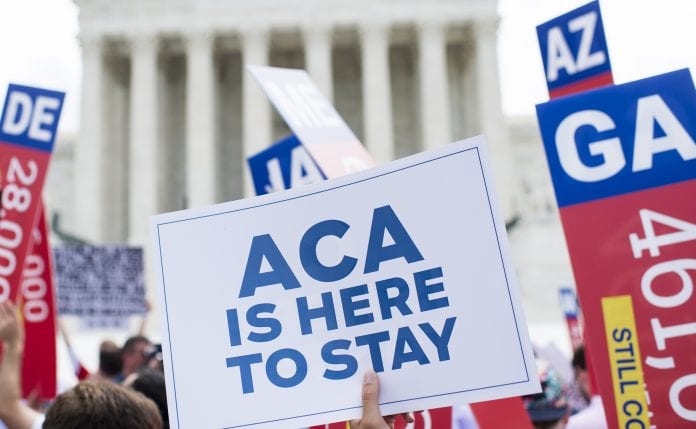 Record Obamacare enrollment, despite threats to end it

Despite the anti-Obamacare rhetoric from the opponents of the federal healthcare program and promises made by Republicans, during the recent presidential campaign to repeal the law, the Affordable Care Act, that launched the program there has been record enrollment since the 2017/17 phase begun on November 1 through to November 12.

According to the US Department of Health and Human Services (DHHS), over a million people have enrolled in an insurance plan through the federal website healthcare.gov. These enrollees include 250,000 new enrollees and 750,000 renewals. The pace of enrollment is faster than it was during the first two weeks of enrollment in 2015. Open enrollment runs through January of next year.

DHHS indicates that the momentum for enrollment is growing despite the surprising outcome of the presidential elections which enhances the threat of a new Republican administration to repeal the healthcare law.  More than 300,000 people enrolled in insurance plans from Nov. 9 through Nov. 11 after the Nov 8 elections.

“The American people are demonstrating how much they continue to want and need the coverage the Marketplace offers, and we are encouraging all Americans who need health insurance for 2017 to visit HealthCare.gov or their state Marketplace and check out their options,” said U.S. Secretary for Health and Human Services Sylvia Burwell.

Since his election President-elect in an interview on CBS TV program “60 Minutes” appears to be rethinking his stance against Obamacare. He suggested he would retain certain aspects of the program including providing insurance to millions of Americans  with prior illnesses and to keep children up to age-26 on their parent or parents health-insurance plan.

He did, however, say that if the program is repealed it would be immediately replaced by the alternative program and current beneficiaries of Obamacare would not lose their coverage.

Millions of Mail Ballots Not Yet Returned in Key States Like...