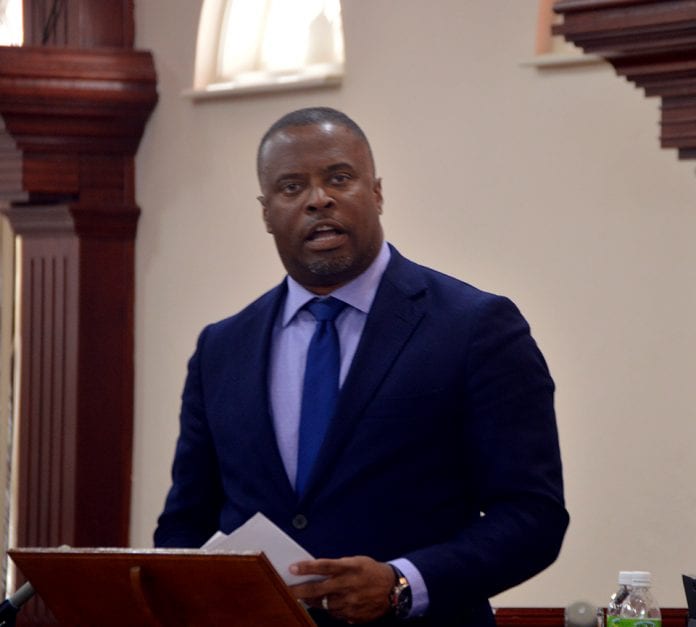 The Public Accounts Committee Bill, described as a historic bill in St. Kitts and Nevis that will open the country to an unprecedented level of accountability and scrutiny, has received strong support from Members of Parliament.

The Bill, which seeks to set the legal framework for the functioning of the Public Accounts Committee, is being moved in the National Assembly by Prime Minister and Minister of Finance, Dr. Timothy Harris.

Lending his support to the landmark piece of legislation, Minister of Foreign Affairs and Civil Aviation, Mark Brantley, said the tabling of the Public Accounts Committee Bill represents a historic period for the country.

“Today we take a giant leap forward in terms of transparency and good governance; a giant leap forward. It took us over three decades but praise be to God we are here now and the [Team] Unity Government is delivering this legislation for times such as this. Not only are we doing so, but we are expressing that magnanimity and saying let the Leader of the Opposition chair.”

Not tool for partisan politics

Minister Brantley also strengthened the position taken by Prime Minister Harris when he stated that the Public Accounts Committee should not be used as a tool for partisan politics.

He added, “The Prime Minister and mover of the Bill is 100 per cent correct; this is not meant to be some political tool. This is meant to be a serious effort to look at, in a critical way, the report from the Director of Audit. Once you get that report you analyze and ask the necessary questions [and] summon witnesses if you need to. All the powers are right there but for the first time encapsulated in legislation.”

Minister Brantley strongly implored his Parliamentary colleagues on the Opposition side to give their full support to the Public Accounts Committee Bill as “it is well intended, it is well meaning and it hits the mark.”