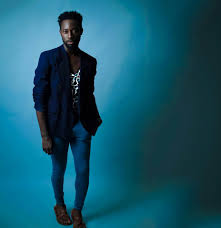 Despite cries of ‘Murder!’ and ‘Help!’ in the wee hours of Thursday morning, residents of Yarisco place, an upper middle-class Jamaican community in Kingston, did nothing.

Not one of the residents thought it wise to call the police to assist a neighbor who was clearly in distress.

Hours after the cries had died down, it was discovered that fashion designer, Dexter ‘3D’ Pottinger was stabbed several times, and became one of Jamaica’s  latest murder victims.

Pottinger, was a well-respected make-up artiste and fashion designer whose creations were worn by some of the country’s leading models and fashionistas. His tragic death has hit some folks hard.

As news of his death spread, scores of persons gathered behind the yellow crime scene tape at his home. According to the police, there was blood everywhere.

Pottinger was openly gay and was a member of the Jamaica Forum for Lesbians All-sexuals and Gays (JFLAG) a gay advocacy group that has long branded Jamaica as a homophobic society that attacks and kills gays because of their lifestyle.

However this time the regular hue and cry which accompanies the murder of gays was curiously absent.

Early indications are that Pottinger was killed by a member of the gay community, even as police report their probe into the macabre murder is in its infancy.

The fact that no one thought it fit to find out what was befalling their screaming neighbor hit home hard among those who loved and cherished Pottinger.

Social media was abuzz with disparaging remarks, especially against a female neighbor who told reporters she did in fact hear the screams but did not know what was taking place so decided not to interfere.

More than 1,000 murders have been recorded on police blotters in the island since the start of the year.