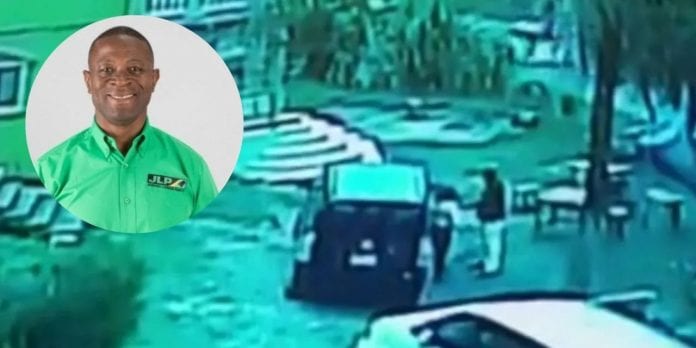 Calls are being made for the expulsion of Member of Parliament, George Wright, from Jamaica’s governing Jamaica Labour Party (JLP).

Wright, the MP for Westmoreland Central, was allegedly caught on camera in a physical altercation with a woman. In the video, which has gone viral on social media, the man is seen dragging and slapping the woman. At one point during the 10-minute clip, the man picks up a stool to hit the woman repeatedly.

The Jamaica Constabulary Force initially identified George Wright as the man in the video, but later backtracked, stating that further investigation was required. Following the launch of an investigation into the video, the JLP released a statement on April 12, saying that they have urged Wright to turn himself into the police. The JLP said that there is no place in the party for any individual who abuses anyone.

“Acting on the instruction of party leader and Prime Minister, Andrew Holness, JLP General Secretary, Dr Horace Chang, has asked the party member/MP to immediately make himself available to the police who are investigating the matter,” the statement read.

Chang, who is also the Minister of National Security, said even as it pays close attention to developments concerning the matter, the JLP is treating the issue very seriously.

“If there’s confirmation that the party member and MP conducted himself as is being alleged, the consequences will be swift,” Chang stated.

Scott-Mottley says that it is no longer appropriate for Wright to be a representative for his constituency. She has called for his immediate resignation.

“The office of the member of parliament is one of the highest that you can hold in this country. He’s a legislator. He would be making laws that deal with the whole issue of violence. It’s unfathomable that any man would beat a woman like that, much less a member of parliament and a representative of the people. He should resign,” she said while on the local Nationwide radio program.

During a sitting of parliament on April 13, another member of the PNP, Leader of Opposition Business, Anthony Hylton, called for the suspension of Wright. But the motion was blocked by Speaker of the House, Marisa Dalrymple-Philibert.

Mrs. Phillibert says that while she condemns what she saw in the video, she could not allow the motion to go forward without a charge being laid against the MP.

In the meantime, the minister of Gender and Culture, Olivia Grange said that she was deeply disturbed by the video.

“The Government is firmly against acts of violence. This video is deeply disturbing and completely unacceptable. We cannot condone any act of gender-based or family violence; we cannot turn a blind eye,” she said.

Grange said she was working with the national security minister Dr Horace Chang to have the matter handled by the police.