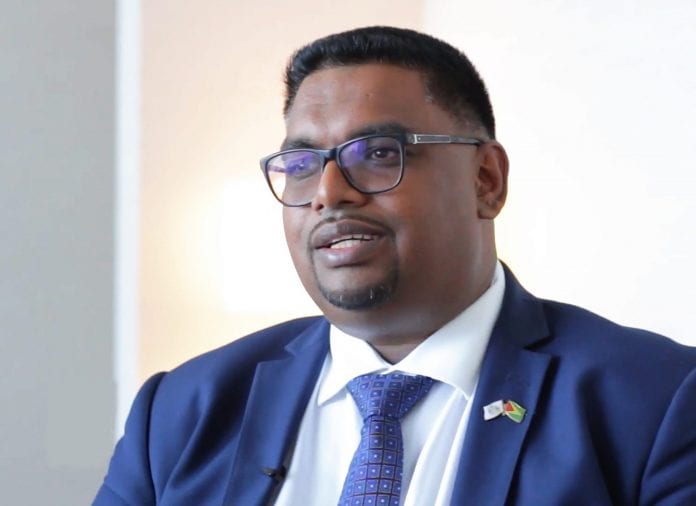 President Dr. Irfaan Ali has described the visit of the United States Secretary of State, Mike Pompeo, to Guyana later this week as “extremely important.”

“I think his visit is at a key time especially when as a country, we are exploring various initiatives in accessing capital, ensuring that we have capital that is not only accessible but cheap capital or low-interest capital.

“We also have a transformative agenda that we want all to be involved in,” Ali said, noting that Washington is a key partner in Guyana’s development.

A government statement issued on Monday said that some of the areas of interest expected to be discussed include climate change, private sector collaboration, local content, biodiversity, democracy and freedom as well as security and tackling the drug trade.

Pompeo is due to pay a two-day visit Georgetown from Thursday and Opposition Leader Joseph Harmon has already indicated that he intends to table a question in the National Assembly regarding Pompeo’s visit.

Pompeo had been critical of the David Granger administration following the disputed March 2 regional and general elections and Washington had threatened to impose stiffer sanctions on the government and other officials if the figures from the national vote recount had not been used to determine and declare the results of the polls.

The United States has called for the removal of Venezuelan President Nicholas Maduro from office, supporting instead the Opposition leader Juan Guaido. But Maduro has the backing of China, Russia and Cuba.

The Guyana Human Rights Association (GHRA) is urging the Irfaan Ali government “to make public, well in advance of the visit, what are the non-negotiable elements with respect to Venezuela”.