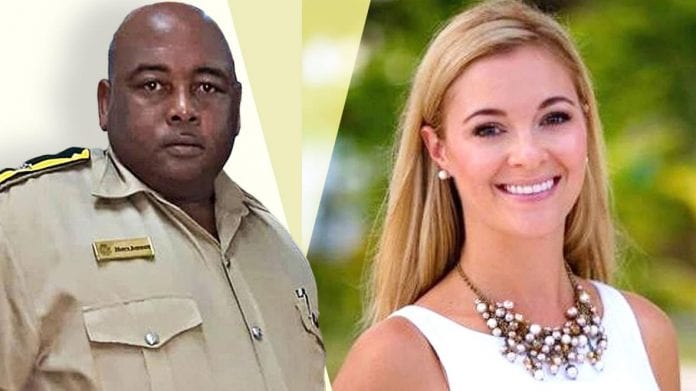 A popular American socialite, Jasmine Hartin has been arrested and charged with manslaughter by negligence over the death of Belize Superintendent Henry Jemmott.

Hartin was charged on May 31, three days after she was initially detained.

Belize Police Commissioner Chester C. Williams told local media that Jasmine Hartin initially balked at making a statement, preferring to wait for the presence of her attorney. She was found on a dock near where police Superintendent Henry Jemmott was found dead early Friday (May 28) in the town of San Pedro.

Williams said a single gunshot was heard “and upon investigating, police found the female on a pier, and she had what appeared to be blood on her arms and on her clothing.”

“A firearm was also seen on the pier that has been retrieved and we have learned that the firearm belonged to the police and was assigned to Mr. Jemmott,” he told a news conference Friday.

The Commissioner also said that the incident “seems rather personal” and not an attack.

“From what we know is that they are friends. From what we have been made to understand they were drinking. From investigation they were alone on the pier and yes they were both fully clothed,” he said.

According to the Associated Press, Hartin is the partner of Andrew Ashcroft, son of British billionaire Lord Michael Ashcroft, a former deputy chairman of Britain’s Conservative Party and a major financial backer. He also holds Belizean citizenship and was once its representative before the United Nations.

The punishment for manslaughter can be ‘life’ in prison – up to 25 years – in the Belizean criminal system. According to DailyMail.com, Hartin is facing a maximum of five years, or a USD $10,000 fine.