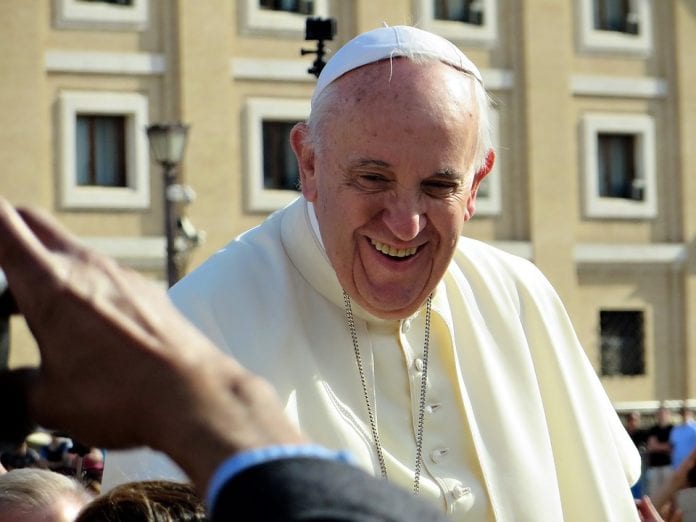 On Sunday, several Caribbean Americans living in South Florida expressed support for Pope Francis concern that the alliance between the US and Russia was “very dangerous.” The Pope said the leaders of the two nations have a distorted vision of the world with regards to matters of immigration.

Barbadian-American Fred Lindo, engineer of Lantana said he is also “very concerned Trump keeps on snuggling up to Putin. Even when there’s so much evidence Russia interfered in the US elections last year.”

According to the Huffington Post, in a recent interview with an Italian newspaper. La Repubblica, the Pope said he was worried about “very dangerous alliances between powers which have a distorted vision of the world.” He cited concerns over America and Russia, China and North Korea, (Russian President Vladimir) Putin and (Syria’s Bashar al-) Assad over the war in Syria.” He clarified that the dangers he was most concerned about concerns immigration.

“Our main and unfortunately growing problem in the world today is that of the poor, the weak, the excluded, which includes migrants,” the Pope said.

The Pope’s warning was made on the eve of the meeting between President Donald Trump and Russian President Vladimir Putin during the recently concluded G20 meeting of world leaders in Germany. Bot leaders had a lengthy meeting on July 7. There are conflicting reports that at that meeting Trump accosted Putin about USA intelligence reports that Russia clandestinely interfered in the US 2017 presidential election. The US reports said Putin denied the allegations. According to Russian reports of the meeting, Trump accepted Putin’s denial.

Another Caribbean America, Cecil Potter who resides in Coconut Grove, said “Trump seems to have an uncanny fascination for Putin, which could compromise Trump’s strategies in dealing with matters related to Russia. Personally, I don’t like this.”

The Pope previously criticized Trump’s immigration policies saying they were not Christian.