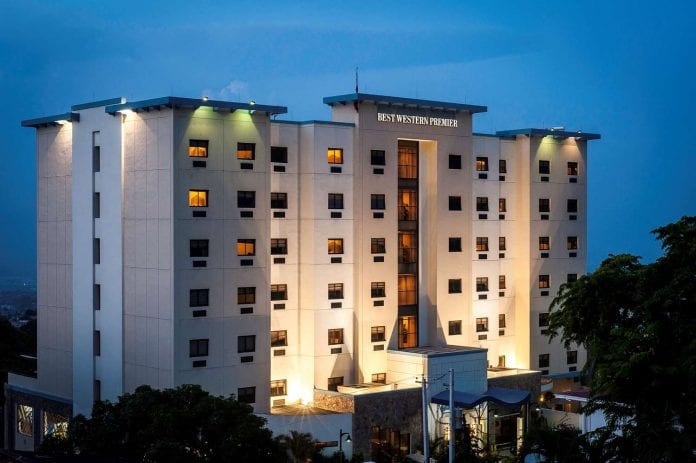 PORT AU PRINCE, Haiti, CMC – Tourism Minister Bocchit Edmond has expressed disappointment at the decision of Best Western Premier, the first all-inclusive 5-star hotel under US franchise to open in Haiti to close down its operations here on October 31,

“As the Minister of Tourism, I am deeply saddened by the decision of some hotel investors to close their doors, resulting in the loss of many direct and indirect jobs. Alas. Our dear Haiti is the only loser,” Edmond said in a brief statement.

Best Western Premier, which began operations here six years ago, blamed the ongoing economic and political instability in the country where opposition parties have been staging street demonstrations in a bid to force President Jovenel Moise out of office.

The 106 room hotel located in the district of Pétion-ville, was built at a cost of US$15 million and financed locally by the Carabimmo group.

The seven-story building was largely owned by Haitians and the closure will result in at least 150 direct jobs being lost.

One of the main representatives of Carabimmo SA, Stanley Handal, said the closure “is a blow to the tourism sector in Haiti.

“There are no tourists, no one comes to stay at the hotel. There is no reason to stay open,” he said, adding that the Best Western International franchiser has been informed of the closure.

He said that as of October 31 “we will no longer be on Best Western’s global network,” adding “if there are people interested in buying then, we will sell. Otherwise, we will wait”

Best Western is not the only hotel that has fallen victim to the demonstrations that have paralyzed the country.

Earlier this month, the Hôtel Mont-Joli situated in Cap-Haïtien announced its closure after it had come under attack during demonstrations.

Last week, Edmond said there had been attacks on several tourist establishments in areas across the island in recent times that were also affecting workers.

These intimidating and irresponsible acts only endanger thousands of jobs in the tourism sector and, on the other hand, constitute a serious threat to the freedom of enterprise.

“These threats will only annihilate the efforts made by our Haitian and foreign investors who believed in the high potential of Haiti, by putting their resources at the service of the development of the national tourist industry,” Edmond said.

He said while the Haitian Constitution guarantees the right of everyone to freely express their demands peacefully, he was reminding protestors that they have “the imperative obligation to protect Haitian companies that participate in the creation of jobs and of wealth at the national level”.

Opposition parties have been staging street demonstrations over the past weeks demanding the resignation of President Moise, whom they have accused of engaging in corruption linked to the Venezuelan funded oil initiative, PetroCaribe.

But Moise, who came to power in 2017, has said he has no intention of stepping down and instead has proposed a national dialogue so as to move the country forward.