The PNP needs its ideology 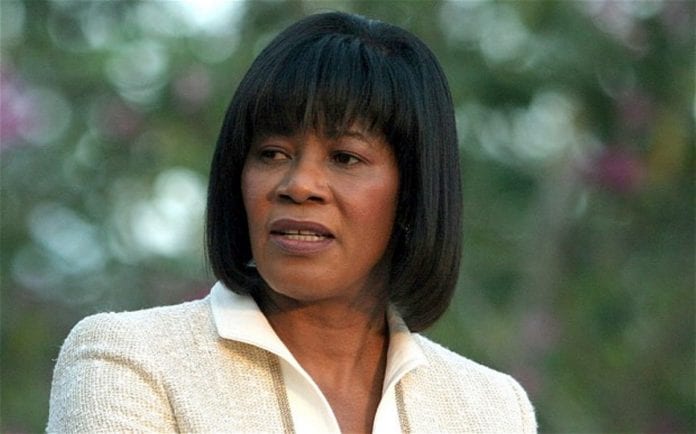 The PNP needs its ideology

Since the People’s National Party lost the February 25 general elections in Jamaica there were calls from supporters of the party for its leader Portia Simpson Miller to step down. When the party lost the Local Government elections to the ruling Jamaica Labor Party last November, it was just a matter of time when she would step down. Therefore, it wasn’t surprising when Simpson Miller announced she wouldn’t be seeking reelection as party leader next September.

Simpson Miller attracted criticisms within and outside the PNP during her tenure as prime minister from 2006-2007 and 2012-2016; and as PNP leader from 2006 to date. However, she made impressive history as Jamaica’s first female prime minister, a warrior for poorer class of Jamaicans, and presided over one of Jamaica’s strongest economic recovery during 2012 and 2016.

However, there comes a time when every political leader should realize they have lost their relevance. Instead of hanging on, subjecting themselves to humiliation, and damage future successes of their party, it’s best they step down. Simpson has done the honorable thing both for her legacy and the future of the PNP.

Unfortunately, history is unkind to losers, including leaders of losing political parties. Fingers are being pointed at Portia for the PNP’s twin loss this year, and the disunity within that great party founded by National Hero Norman Washington Manley 78 years ago.

The PNP in its early years, particularly under its leader Michael Manley during his tenure as prime minister from 1972 to 1980, expounded and practiced the Socialist  ideology. Seeking social equality for Jamaicans, and a better life for the poor, he failed because he sought radical change too quickly. Moreover, US opposition to Manley’s experience with Democratic Socialism cost him the 1980 elections, triggering a Jamaican brain and money drain to North America. When he returned as prime minister in 1989, he placed that ideology under wraps, and appeared  to be more of a moderate democrat.

Manley’s successor, Percival. J. Patterson, overwhelmingly successful as PNP leader and prime minister, turned the party into an election winning machine, applying his skill as campaigner extraordinaire rather than the ideologue he too formerly was.

Many thought Simpson Miller, shunned by Jamaica’s middle and upper class for various classist reasons, but a beloved advocate for Jamaica’s poor, would return the party to its socialist roots. But, she didn’t stand much of a chance. During her first term as prime minster she spent most of her political capital convincing critics within her own party and critics outside she could serve ably as prime minister. Without the support of some PNP stalwarts, she presided over the party’s narrow loss to the JLP in the 2007 elections.

In opposition between 2007 and 2011 she, like another National Hero, Alexander Bustamante, traveled the country commiserating with the plight of the poor, but still she didn’t expound a definitive ideology. When she returned as PM after the PNP soundly defeated the JLP in December 2011, she again didn’t stand much chance of rebranding the PNP with its original ideology. For four years, she contended with the anti-social equality policies of the International Monetary Fund and stabilizing the Jamaican economy.

Then in February, the JLP under leader Andrew Holness snatched what seemed like certain victory from Simpson Miller and the PNP. Holness, deftly gave the JLP an ideology more akin to the ideology of the old PNP. He promised income-tax relief, more free education and healthcare and, generally, alleviation of poverty for the majority. These were policies Simpson Miller surely wanted to have implemented, but found herself prisoner of personal and national circumstances as prime minister.

With Simpson Miller’s pending departure, most PNP supporters are hoping a new generation leader, a bold ideologue, will emerge. So far, it seems the leadership mantle will fall on former finance minister, Dr. Peter Phillips. Can he transform from a technocrat to an inspirational leader?

For the PNP to regain its prominence as Jamaica’s governing party, its next leader should be able to resuscitate the party’s ideology. This doesn’t have to be labelled Socialist, but, nonetheless, an ideology that convince poorer Jamaicans of practical policies to improve their living standards. That leader should be able to expound this ideology while mobilizing meaningful partnerships with the private sector and affluent Jamaicans, placing Jamaica on a practical path to becoming a more prosperous and secure nation based on social equality.