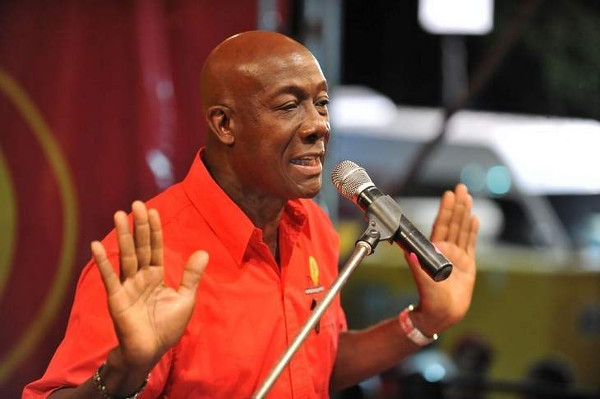 PORT OF SPAIN, Trinidad, CMC – TT Prime Minister Dr. Keith Rowley is to visit Europe and the United States for talks with oil companies. He has urged opposition legislators to put aside partisan politics and hope for a fruitful outcome of the deliberations as Trinidad and Tobago seeks to improve upon its economic situation.

“I leave here at the end of the month, I go to Holland, to meet Shell, I go to London to meet BP, I go to Houston to meet EOG and Shell and I am doing that, just wish us well,” Rowley told a late night sitting of the Parliament debating the Mid-Year Review for fiscal year 2019, presented by Finance Minister Colm Imbert.

Rowley told legislators that his administration did not panic when the oil company, BPTT, issued a statement over the weekend indicating disappointing results “have had a material impact on our forecasted production especially in 2020 and 2021.

“This means there are challenges to our supply of gas to Train 1 after 2019. BP along with Atlantic and its shareholders are working through options for the future of the train. The other three trains remain unaffected,” the company said, adding that its exploration and well work programs would continue as planned in 2019 and there is no impact to sanctioned projects, Angelin, Cassia Compression and Matapal.

“Despite BPTT’s recent exploration successes such as Savannah and Macadamia and ongoing success in the development of the Angelin field, these recent drilling results remind us that there is inherent uncertainty in the subsurface,’ BPTT added.

But Rowley, just like Imbert before dismissed the “unwarranted negativity” that followed the BPTT announcement by certain sections of the media and the opposition.

“This government make decisions. BP is up the east coast, they drilled…close to Tobago. Two of those wells were unsuccessful,” and the contract required more exploration.