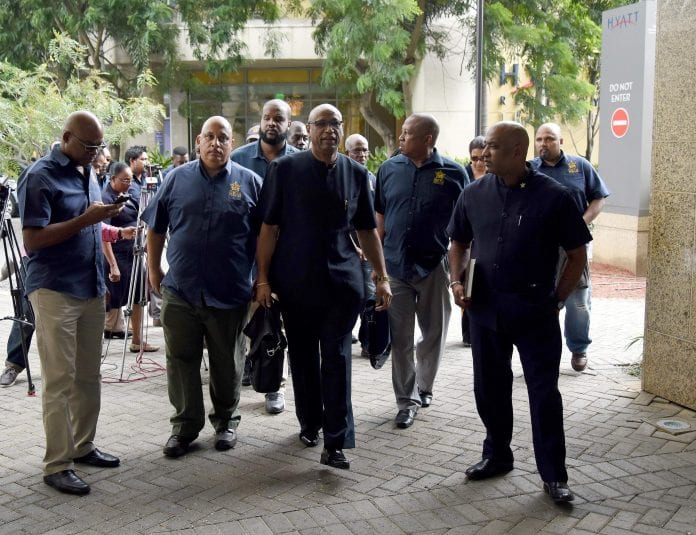 The Oilfield Workers Trade Union (OWTU) on Monday agreed to a five per cent wage increase for workers at the state-owned oil company, PETROTRIN, averting a 90-day strike within the vital energy sector.

“I am very pleased at the outcome…Trinidad and Tobago can breathe again, the strike has been averted,” Labour Minister Jennifer Baptiste Primus told a news conference after the agreement had been signed following 30 hours of talks over the last two days.

She described the accord as “historic” saying “it is reflective of the state of nationalism that abound in the room that allowed us to arrive at an agreement”.

The union had originally demanded a 10 per cent wage hike for the period 2014-17 and the company offering a zero percent wage increase over the three years.

The two parties are also at loggerheads over the wage increase for the period 2011-14, which is now before the Industrial Court.

OWTU President Ancel Roget told reporters under the agreement, it is hoped that by February 28 “this negotiation for the period 2011-14 will be behind us and therefore the first interim payment of the first five per cent is going to be implemented immediately.”