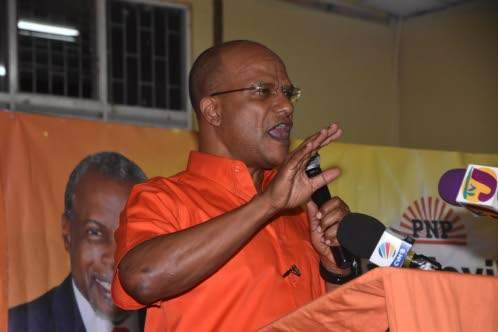 Tensions are again rising in the People’s National Party (PNP) following a block to appoint Peter Bunting to the opposition Senate.

In October, former party treasurer Norman Horne had indicated that he did not wish to be appointed as a Senator after being recommended by former PNP President, Dr. Peter Phillips.

After being elected as the new party president, Mark Golding recommend that his longtime friend and business partner, Peter Bunting, fill the Senate vacancy. But in a new development, it was revealed that Horne had not followed through on his public commitment to advise the Governor-General that he will not take the seat in the Senate.

Horne outlined that the party owed him a substantial amount of money, totalling $10 million Jamaican dollars.

Without Horne formally writing to the Governor-General requesting that his seat be rescinded, Bunting’s appointment cannot legally be issued. Senate President, Tom Tavares Finson later confirmed that the writ required for Peter Bunting to be sworn in has not been received by Gordon House.

Bunting was scheduled to be appointed to the Upper House as an Opposition Senator and Leader of Opposition Business this morning.