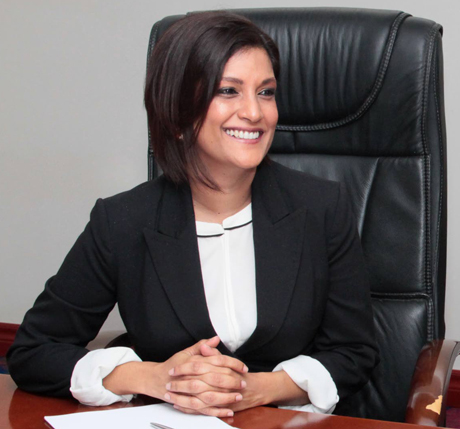 PORT OF SPAIN, Trinidad – The Patriotic Front (PF) headed by Mickela Panday, the daughter of former prime minister Basdeo Panday, Tuesday said that it would no longer contest the 2020 general elections scheduled for August 10.

“I want to reassure you we haven’t given up, our journey continues, we look forward to your continued support, to hearing from you, working with you, we thank you so much and God bless,’ said Mickela Panday in a message posted on social media.

Late last month, the party had announced that it would have contested all 41 seats in the general election, with the 87 year-old former prime minister, who headed a government here between 1995-2001 serving as the campaign manager.

The PF leader said that the “sudden announcement” by Prime Minister Dr. Keith Rowley regarding the date of the general election, had resulted in the party discussing its chances at contesting the 41 seats in the elections.

“Given the overwhelming support we felt confident that this was an achievable task. From its inception it has always been the Patriotic Front’s policy to bring meaningful representation to the people of Trinidad and Tobago

‘We believe this begins by giving a voice to those in every constituency,” said the young Panday, an attorney, and once a legislator with the main opposition United national Congress (UNC) that had been founded by her father.

She said real change could only be achieved by people who must agree to ‘work together for a better, safe, productive self-sufficient technologically driven country and it was never the intention to split votes”.

She said despite sitting out the general election, the Patriotic Front is intent on introducing a “different kind of politics” and does not believe that “this could be done in three weeks.

“It would not only be an injustice to our young new bright candidates, but the country as a whole. The Patriotic Front was not born mainly to fight elections, it was born to restructure our society,” she added.

She said that while the party had been approached by other parties, but it believed in its principles and “it is for this reason the Patriotic Front has made the difficult decision not to contest the 2020 general election, but to build the party into a socio-economic force to be reckoned with”.

Nomination Day for the general election will be on Friday.