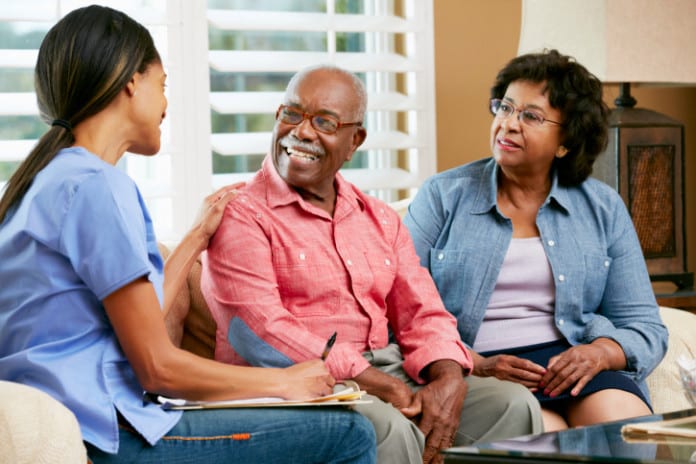 A new policy proposal from Palm Beach County Commission will make it more difficult for caregivers to be employed in private homes. If approved in October by the Commission, caregivers will need to be licensed annually by the county, with fingerprint background checks and county-issued photo IDs. They will also need to redo criminal background checks every five years.

If caregivers are found without the required license, they could face a second-degree misdemeanor with a possible 60-day jail sentence and a $500 fine.

Caregiving has long been one of the more accessible jobs for several migrant women from the Caribbean in Florida. But now, unlike the late 1980s and early 90’s when one could walk off the street and be hired, the hiring process is much more regulated. Following rules set by the Department of Health and Human Services (HHS), current caregivers are required to be certified nursing aids (CNA’s).

But Loretta Percy, a former Miami who now co-owns a nursing agency in Boca Raton, and is a member of the Home Care Association of Florida says despite thee “checks and balances,” “there are the bad apples that spoil the whole bunch.”

Percy admitted that on “a few occasions” dishonest caregivers have been found stealing from the elderly, and even in some cases abusing them.

“But this is the exception, not the rule,” assured Percy. “But it’s this fear that has led the county taking these stringent measures.”

Though Percy says not all caregivers “go through the process” of registering with agencies. “Some seek employment on their own and may indeed have criminal records, but still work in private homes, and could create problems.”

Percy says while she supports integrity among caregivers, she thinks the harsh penalties are “too extreme.”

Palm Beach County is home to the largest population of seniors requiring home care, estimated at 150,000.