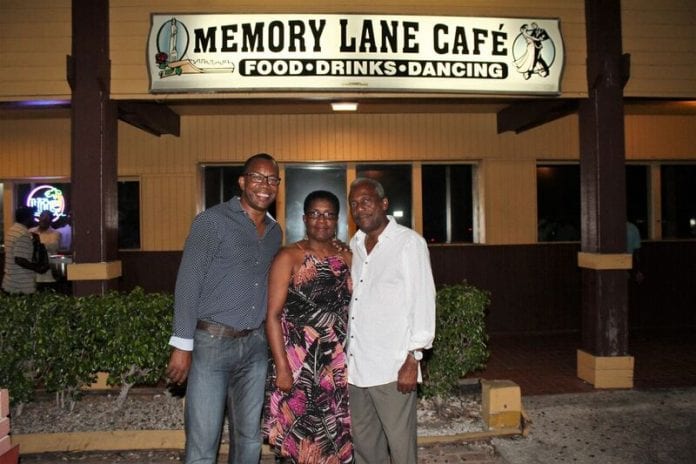 A South Florida landmark rode off into the sunset on September 2 when Memory Lane Café held its final party at its Lauderhill Lakes base. Longtime patrons and family turned out to celebrate the ‘last supper’ with Orel Powell, who founded and operated the venue since 1994, and his son Brian.

Powell, who is from Westmoreland, a rural parish in Jamaica’s sugar belt, said he has decided to retire from the nightclub business after over 20 years.

“It is a loss to the community. Memory Lane has been the entertainment center for a lot of people. We have had these many years of everyone being supportive of that brand. A place that we all felt safe,” said Hazelle Rogers, Mayor of Lauderhill Lakes. “I don’t like going to other clubs. That business has never been in violation of any of our codes, we could go there anytime and Orel plays by the book, you can’t say that about other businesses.”

Another regular at Memory Lane was Winston Dias, a member of the harmony group, The Melodians. He was also at the party at the club last week.

“It will be missed a lot, anytime you want to hang out or do some dancing, Memory Lane is the place to go. You would always see people who you don’t see for a long time,” said Dias.

The West Indian club scene was gathering steam in South Florida when Powell opened Memory Lane 23 years ago. Other spots, like Classic (run by Dias) preceded it, but for Rogers who attended dances there in the early days, Memory Lane had a special air as it was more than just entertainment.

“Orel was a businessman who supported the community. He was always a sponsor of the Chamber (Greater Caribbean-American Chamber of Commerce). Anything that we were doing, he would always contribute. He opened up his establishment for us to host events. Look at what he has done for us!”

Other officials attending the farewell event were Sunrise Commissioner Mark Douglas, Noel Edwards of the Chamber of Commerce. For Hazelle Rogers, the mood on the closing night summed-up Memory Lane’s nostalgic atmosphere.

“Everybody was out there last night. It was amazing the people who you saw there. There were many comments of, “Long time no see! What a gwa’an? You still here?” It was that kind of atmosphere. Everybody that you haven’t seen in a while was at Memory Lane Saturday night. For our age group, it is a major loss,” she said.

UWI Among the World’s 100 Best Universities