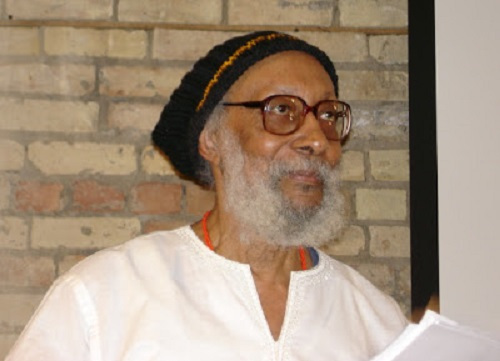 Brathwaite, widely considered as one of the major voices in the Caribbean literary, was a professor of Comparative Literature at New York University.

In 2006 he won the International Winner of the Griffin Poetry Prize, for his volume of poetry “Born to Slow Horses”.

Brathwaite is noted for his studies of Black cultural life both in Africa and throughout the African Diasporas.

He was an education officer in Ghana from 1955 to 1962 before he returned to the Caribbean to teach in St Lucia and later at the University of the West Indies, Mona Campus, Jamaica. He also lectured at New York University.

Among his honours include an honorary doctorate from the University of Sussex, the Casa de las Americas Prize for Literary Criticism, the WEB Du Bois Award in 2010 and the Bussa Award.