The Trinidad and Tobago government is promising nationals there will be no blue Christmas this year despite a decline in oil and gas on the global market.

Acting Prime Minister Colm Imbert, told reporters at the weekly Cabinet meeting, that citizens should not worry about having to spend a “Blue Christmas” as the Keith Rowley administration  will not deviate from the tradition of paying thousands of public servants their salaries early, in time for December 25.

Imbert, who is also the Finance Minister, said State revenue was poised to recover from the normally “lean months” of September, October, and November.

“You have to remember people are getting improved salaries because of the wage settlements made in 2015 before the election and as usual payments will be made before December 17 or 18, early for Christmas.

“I don’t anticipate a blue Christmas. We are continuing to spend money in accordance with our budget. It is quite normal at the end of a fiscal year that the Development Programme takes a couple of months to get going. I don’t think that will have any effect,” he told reporters.

Imbert said regarding the foreign exchange situation where the business community has been complaining of being unable to acquire United States dollars to transact business, the “appropriate action” will be taken to cater for seasonal demand.

He said there was no need to panic due to the rapid absorption of the recent US$500 million injection into the foreign exchange system. 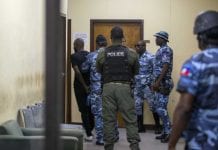 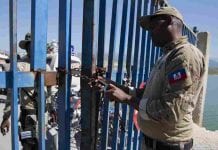 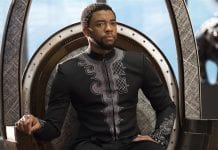