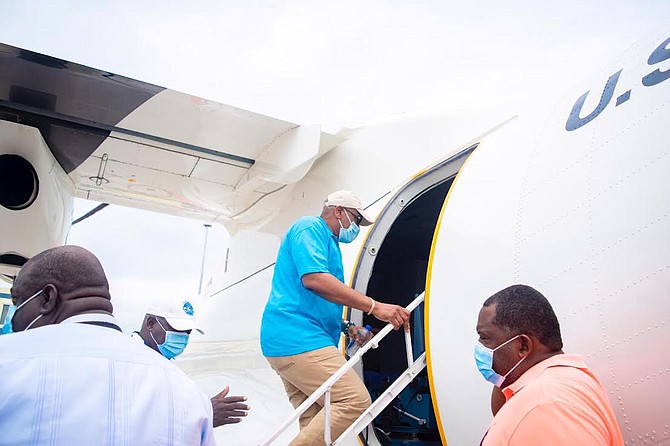 NASSAU, Bahamas – The National Emergency Management Agency (NEMA) says it will conduct a detailed assessment of the damage caused by Hurricane Isaias that passed through the chain of islands during the week.

“NEMA will coordinate with various ministries and departments to get technical officers into the areas to conduct a detailed damage assessment and needs analysis of the impacted areas during the week ahead,” Director of NEMA, Captain Stephen Russell, said following an initial aerial assessment conducted by the United States Coast Guard HC-144 Ocean Sentry on Sunday.

According to officials, the aircraft went over South, Central and North Andros towards Bimini and The Berry Islands but because of prevailing weather conditions in Grand Bahama, it was unable to make the reconnaissance of that area.

Russell told reporters that the “vegetation still looks intact. There were pockets of water inland and as expected the water along the coast looked milky white due the storm surge”.

He said where necessary, relief and repair assistance will be provided for citizens and residents, accordingly.

“Once the reports are in from the teams, the public will be apprised of the overall impact and the plan of action to assist those in need,” Russell said, adding “the view was encouraging. There was minimal damage observed from the aircraft”.

Hurricane Isaias, which has since been downgraded to a tropical storm, is now headed to the Carolinas.