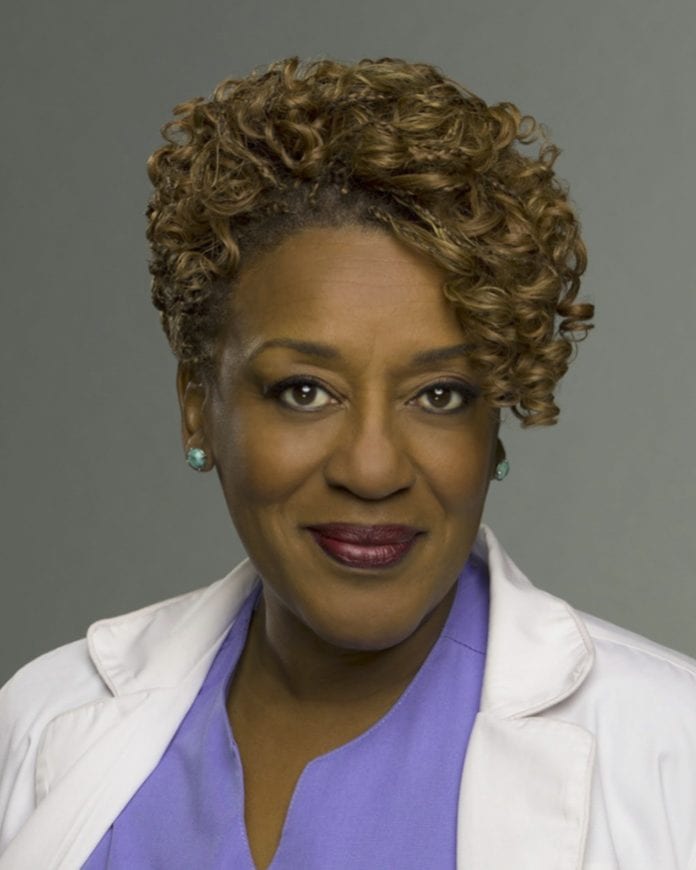 The Caribbean-roots actress of popular CBS drama, NCIS New Orleans, is set to be presented with an American Foundation for the University of the West Indies, (AFUWI), award next week in New York City.

The actress has appeared in numerous TV series including ER, The Shield, Warehouse 13, Sons of Anarchy and in such films as Avatar and her breakout role in Bagdad Café. She is an advocate for the arts and also serves on the Board of the African Millennium Foundation and was a founding member of Artists for a New South Africa.

Pounder, 65, was born in Georgetown, then British Guiana, (now Guyana), to Ronald Urlington Pounder and Betsy Enid Arnella (nee James). Her family later migrated to England where she attended high school.  She moved to the U.S. in 1970, where she attended Ithaca College.

Pounder started her professional career in New York City theater, where she appeared in The Mighty Gents, by playwright Richard Wesley, and Open Admissions on Broadway. She moved to Los Angeles in 1982 and began her film debut in Bagdad Café. Since then, she has focused primarily on her television career.

CCH Pounder will be honored along with five other accomplished Caribbean-roots professionals, including Patrick Hylton, President & Group CEO of the NCB Financial Group, the largest and most profitable financial institution in Jamaica, and the seventh most profitable in the English and Spanish speaking Caribbean, and Jamaican-born Prof. Marlon James, who in 2015 won the Man Booker Prize – the first Jamaican author to win the United Kingdom’s most prestigious literary award – will receive “The Pinnacle Literary Award and The Pelican Award” reserved for UWI alumni.

Now in its 21st year, the AFUWI Gala traditionally provides an average of 50 scholarships annually for students across the University of the West Indies’ four campuses.