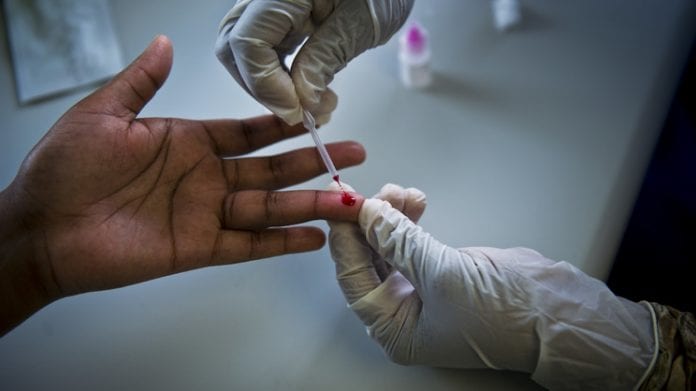 MIAMI, Florida – In a new report published by the Centers for Disease Control and Prevention (CDC) less than 40% of people in the United States have ever been tested for HIV, according to a CDC report published in the Morbidity and Mortality Weekly Report (MMW).

The CDC recommends that everyone between the ages of 13 – 64 years be screened at least once in their lifetime, however, the new data, released on National HIV Testing Day (June 27), underscore the urgent need to scale up HIV testing to end America’s HIV epidemic.

The analysis of 2016-2017 data from a national population-based survey suggests that most people are not getting the recommended screening, even in areas with a high burden of HIV. Highlights of the analysis include the following:

·        Nationally, less than 30% of people in the United States most at risk of acquiring HIV were tested in the past year.

·        In the 50 local jurisdictions where more than half of HIV diagnoses occur, less than 35% of people recommended for annual HIV testing were tested in the past year.

·        In states with rural areas that are particularly affected by HIV, just 26% of people recommended for annual HIV testing were tested in the past year.

“Diagnosis and treatment are the first steps toward affording individuals living with HIV a normal life expectancy,” said CDC Director Robert R. Redfield M.D. “As we encourage those at risk for HIV to seek care, we need to meet them in their journey. This means clearing the path of stigma, finding more comfortable ways of delivering health services, as well as learning from individuals already in treatment so the journey becomes easier for others who follow.”

CDC recommends people with specific risk factors be screened at least once a year. That includes:
·        Sexually active gay, bisexual and other men who have sex with men;

·        Anyone who has had more than one sex partner since their last HIV test; and

·        People who have been diagnosed with another sexually transmitted infection, hepatitis, or tuberculosis

“Knowledge is power when it comes to HIV—that is why everyone in America should get an HIV test at least once in our lives,” said Jonathan Mermin, M.D., M.P.H., director of CDC’s National Center for HIV/AIDS, Viral Hepatitis, STD and TB Prevention. “It is a simple way we can all help end the HIV epidemic in the U.S.”

Everyone should get tested, take control of their health

Whether the result is positive or negative, getting tested for HIV helps people take control of their own health. A negative HIV test result can lead to prevention options like pre-exposure prophylaxis (PrEP), a daily pill to prevent HIV acquisition. A positive result should lead that person to care and treatment, ideally, on the day the diagnosis is made. This protects their health and is key to preventing new infections.

When taken as directed, HIV treatment reduces the amount of HIV in a person to a very low level – known as viral suppression or having an undetectable viral load. People who reach and maintain viral suppression have effectively no risk of transmitting HIV to others through sex.

The new study mentions promising novel approaches to increase access to HIV testing. These approaches included integrated and routinized HIV screening in a variety of healthcare settings, as well as scaling up partner notification and social/sexual network screening strategies, and mass distribution of HIV self-tests.

HIV testing and the HHS plan to end the epidemic

The proposed HHS-wide initiative, “Ending the HIV Epidemic – A Plan for America,” is a bold new multiyear initiative designed to end the HIV epidemic over 10 years by significantly increasing public health resources, technology, and expertise on the ground in the hardest-impacted areas. The plan, if funded, will focus first on the geographic areas with the greatest HIV burden, including the 50 local jurisdictions and seven states highlighted in today’s report, before expanding to reach all areas of the nation affected by HIV.

“Getting tested for HIV is quicker and easier than ever before – and when you take the test, you take control,” said Eugene McCray, M.D., director of CDC’s Division of HIV/AIDS Prevention. “It’s my hope that through the initiative to end the HIV epidemic, we will increase testing and early diagnosis, speed linkages to care, and help ensure rapid treatment is available to help save lives and prevent new HIV infections.”