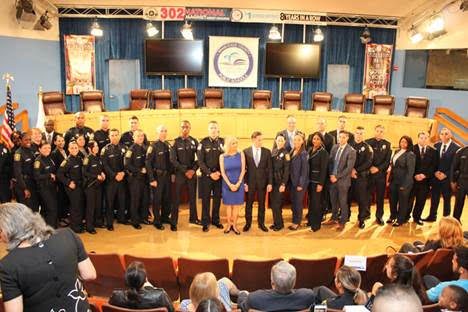 This is the largest class of officers being sworn in since the passing of the Marjory Stoneman Douglas High School Public Safety Act last year.

Among the new officers hired are a former M-DCPS Special Education teacher, a certified nursing assistant, a former NFL player, a veterinary assistant, a Johnson & Wales University graduate, a Ju Jitsu instructor, an Iraqi war veteran, and former or retired officers from the Hialeah, Pinecrest and City of Miami police departments.