Miami-Dade County Public Schools’ (M-DCPS) graduation rate has reached a record of 80.4 percent for the 2015-2016 academic year, exceeding the graduation rates of other Districts including Broward, Hillsborough, and Duval county.

Miami-Dade’s graduation rates for White, Black and Hispanic students also exceeded those of the State.

“The graduation rates recently released by the Florida Department of Education demonstrate that student academic progress in Miami-Dade County Public Schools continues to rise,” said Superintendent of Schools Alberto M. Carvalho. “Our school district’s record-high graduation rate is a direct result of instructional rigor, teaching ingenuity, and education professionals who care about every student in every classroom. With a staggering, nearly 22 percent increase in the graduation rate since 2007, the three largest ethnic subgroups in Miami-Dade surpassed their counterparts across the State. Parents, teachers, school leaders, and the entire community can take great pride in this remarkable and historic accomplishment.” 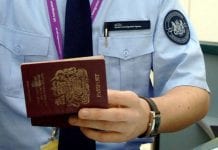