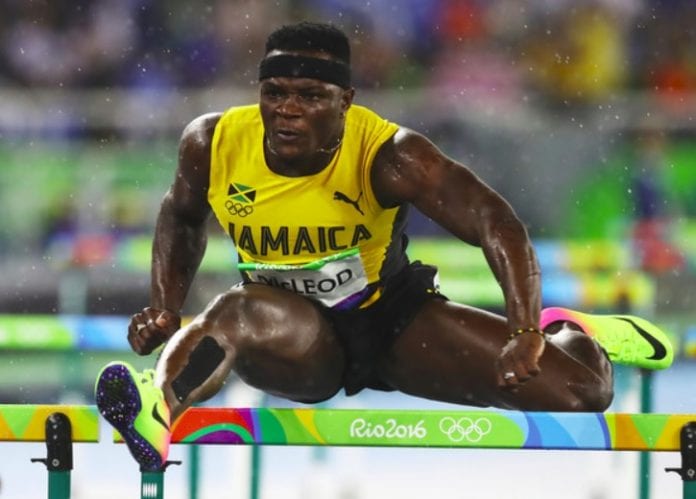 World and Olympic champion Omar McLeod will lead a strong trio of Jamaican hurdlers competing in the 110-metre hurdles at the Shanghai Diamond League on May 12. McLeod, the best sprint hurdler in the world over the past two seasons, is going for his third straight win in the Chinese city.

The 23-year-old McLeod, who was missing for Jamaica at the World Indoors in Birmingham and at the Commonwealth Games in Australia, produced the fastest time in the world to win the Shanghai meeting’s traditional curtain closer in 2016, clocking 12.98 seconds to grab the title ahead of two world champions and the world record holder.

In Shanghai in 2018, he will be up against a deep field that includes two compatriots Ronald Levy, the Commonwealth Games gold medalist and Hansle Parchment, the silver medalist as well as 2015 world champion Sergey Shubenkov, who was second behind the Jamaican at the London World

Championships, and the 2012 Olympic champion and world record holder, Aries Merritt, who is looking for his first Shanghai victory on his seventh appearance at the meeting.

Two-time African champion Wenda Nel of South Africa, who won bronze in Australia has also been included in the lineup.