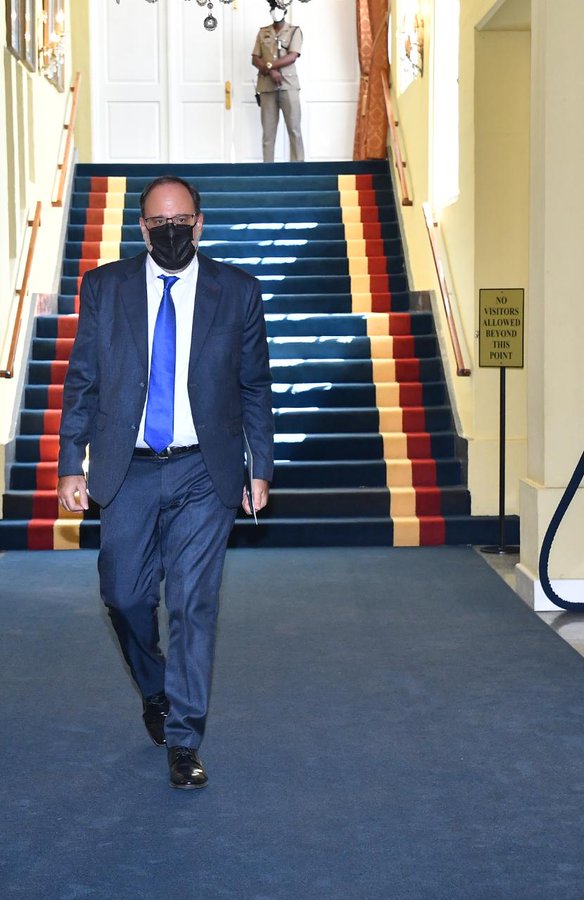 Governor-General, Sir Patrick Allen, presented the Opposition leader with the Instrument of Appointment at Kings House.

He takes over from former President Dr Peter Phillips, who announced he was stepping down on September 4 following the party’s crushing defeat in the general elections.

During the swearing-in ceremony, Golding said: “I am grateful to all those who had the trust and confidence in me to provide this opportunity to serve my country Jamaica in this new role.”

While Golding’s mentor and former MP for South St. Andrew, Dr. Omar Davies supported him at the ceremony, Golding’s opponent in the election was notably missing.

Hanna issued a statement revealing that she was ordered by her doctors to stay home for the next four days due to severe chest cold and sinus complications.

Hanna said that on receiving the invitation she called the incoming party leader to inform him of her absence and to extend her best wishes.