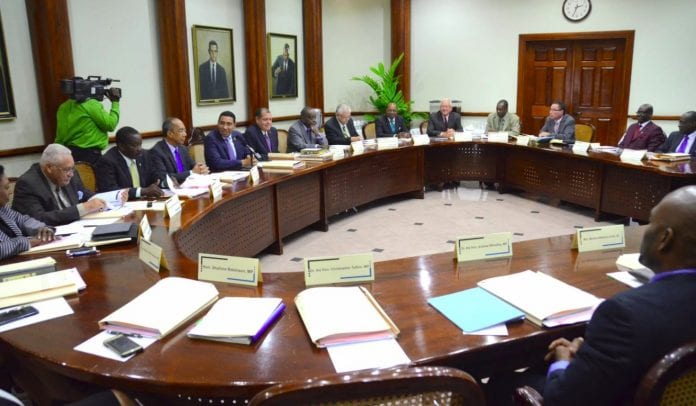 Jamaican Prime Minister Andrew Holness, surprised Jamaicans on Monday when he announced a major reshuffling of his Cabinet, two years into the administration’s term. The Cabinet changes affected several ministries, the most notable in the Ministry of Finance.

Newly elected Member of Parliament Dr. Nigel Clarke has been given portfolio responsibility for Finance, replacing long-term minister Audley Shaw. Dr. Clarke will be supported by Fayval Williams, who has now been given full ministerial responsibility.

Audley Shaw, who was previously Finance Minister, has been reassigned to the Ministry of Industry, Commerce, Agriculture and Fisheries.

In the very important Ministry of National Security, Robert Montague the incumber minister has ben removed and replaced by Dr. Horace Chang who had been a minister without portfolio in the Office of the Prime Minister.. Montague has been reassigned to the Ministry of Transport and Mining, while the former incumbent in that ministry, Mike Henry has been shifted to be a minister without portfolio in Office of the Prime Minister, as is Karl Samuda, the former Minister of Industry, Commerce, Agriculture and Fisheries.

Pearnel Charles Jr. has been reassigned as State Minister in the Ministry of Foreign Affairs and Foreign Trade.