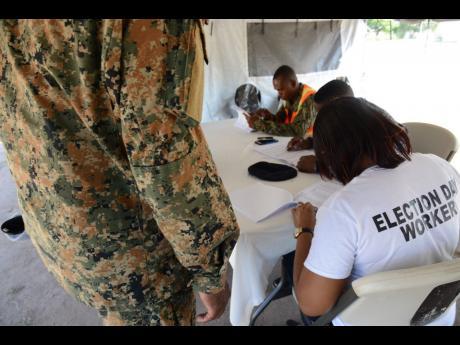 The Electoral Office of Jamaica (EOJ) says there had been a 56 per cent voter turnout among special services personnel, who cast ballots at 377 polling stations across the island on Monday, as two opinion polls note that the ruling Jamaica Labour Party (JLP) is ahead in the race to become the next government even as the main opposition People’s National Party (PNP) has closed the gap.

On Monday, special services workers, including police officers, military personnel and Election Day workers, voted and the EOJ said that the turnout was lower than in 2016 when 63 per cent voted.

“All polling stations opened as scheduled at 8:00 am (local time) and we did not receive any reports of any major incidences. Overall, the day went quite smoothly” said the Director of Elections, Glasspole Brown.

The EOJ said while it has determined how many ballots have been received, there is no indication of how the electors have voted as the envelopes remain sealed and vaulted until the counting on Election Day, September 3.

Meanwhile, two public opinion polls released here over the past 24 hours, show that the Andrew Holness-led JLP is enjoying a lead among the voters as compared to the Dr. Peter Phillips’ led PNP.

Pollster Don Anderson in his RJRGLEANER poll found that while the PNP had made progress in the latest poll conducted between August 21-24, it still lags far behind the JLP.

But Anderson said it appears unlikely that the parties will be able to woo the 38 per cent of electors who have indicated they will not vote or are unsure. The poll has a margin of error of plus or minus three per cent.

The other poll released here by Bill Johnson, shows that while the PNP has carved off five points off the JLP lead, it would take something “catastrophic” for the party to win the elections on Thursday.

In its latest poll, Johnson found that 37 per cent of respondents said they would vote for the JLP, while 23 per cent favoured the opposition party.

He said the poll found that almost one-quarter of those who voted for the PNP in 2016 were either undecided (13 per cent) or not planning to vote (11 per cent) when the August poll was conducted.

‘They should be low-hanging fruit for the PNP, and if they can be persuaded to support their comrades on election day the JLP victory margin could be cut by several points,” he added.

The August poll which was commissioned by the Jamaica Observer newspaper, canvassed the views of 1,000 voting-age Jamaicans islandwide and has a sampling error of plus or minus three per cent.

Last weekend, PNP leader, Dr. Phillips predicted that the party would 40 of the 63 seats in the election.

In the last Parliament, the PNP held 29 seats as compared to 34 for the JLP.

In a message on his Twitter page, Prime Minister Holness urged voters on Thursday to vote the for JLP “for trusted and sober governance during these times of global uncertainties”. 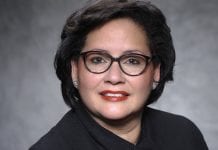