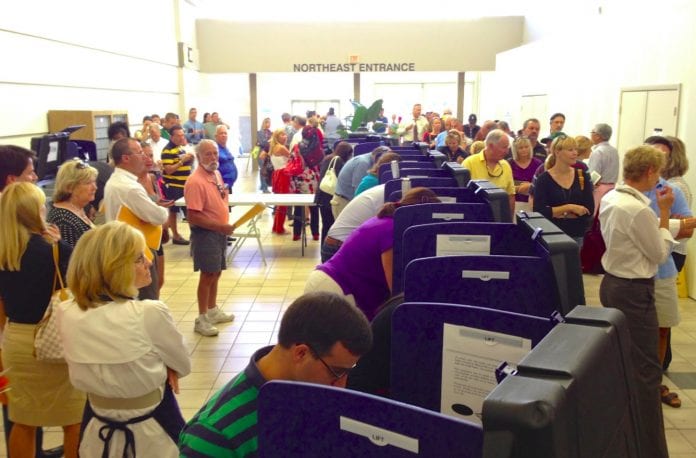 Fort Lauderdale voters will have to vote again for a new mayor and commissioners. A low turn-out primary election on Tuesday Jan 16, forced the run-off election that is now set for March 13th.

Just 14.1 percent, or about 17,000 of the approximately 120,455 registered voters in the city voted for mayor and commissioners in the election.

That left Dean Trantalis with the most votes in the mayor’s race but still under the 50 percent mark. He finished with 46 percent ahead of second-place finisher Bruce Roberts with 31 percent.

The two candidates will now face-off in March.

If elected, Trantalis says he wants to deal with a plethora of issues — homelessness, jobs, flooding, sea level rise and other problems.

Roberts agree that fixing the city’s infrastructure, including broken sewage pipes that have caused a mess in local canals and sections of the Intracoastal Waterway, which is a major priority. He also said development is an issue he plans to tackle case by case.

In the three City Commission races, only one was decided Tuesday, when Rober Mckenzie won the District 3 seat with 51.83 percent of the votes over his closest challenger Donna Guthrie with 38.06 percent.

The new mayor and commission will be sworn in on March 20th.

Suriname and Netherlands Improving Trade and Other Relationship