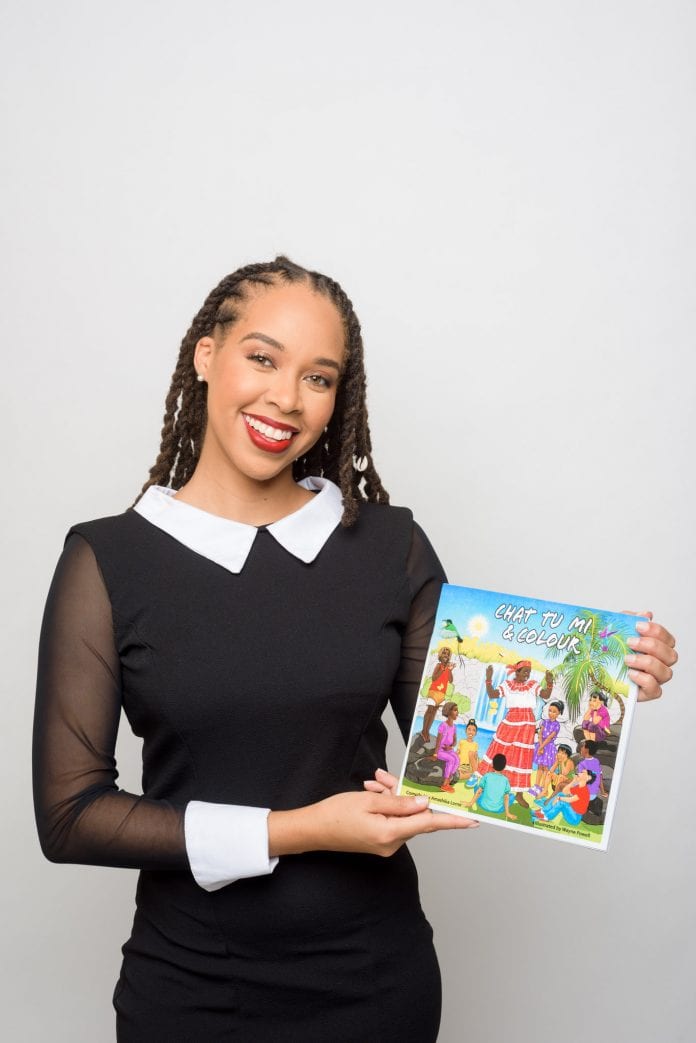 The campaign, which centered around Lorne’s ‘Chat To Mi And Color’ Jamaican coloring book, was aimed at combating the negative impacts of COVID-19 while keeping Jamaican-American children close to their roots.

She says the response from children across the diaspora has been overwhelming.

“I wanted to do something to help our children through all the changes of COVID-19. I was just overwhelmed and overjoyed at all the children that signed on. A lot of the children from overseas would be those that would look forward to a summer or Christmas trip to Jamaica and they weren’t able to do that in 2020 so they really just loved hearing that language and hearing about Jamaica,” she told Caribbean National Weekly.

During the campaign, children in the United States had the opportunity to join a weekly virtual coloring session hosted by Lorne and win Jamaican care packages for their creations.

One of the participants and prize-winners, 6-year-old Ashley living in South Florida said she was very excited to join the coloring session.

“I was very excited to join because I never visited Jamaica so this allowed me to learn where my mom and dad were born and also I learned how to color in the lines and win a prize,” she said.

Another participant and prize-winner, 5-year-old Kacey from South Carolina was particularly excited about the prizes.

“I liked Aunty Ama’s coloring sessions because I get prizes. And I also like Aunty Ama because she’s fun and I get to do fun coloring things with her.”

Kacey’s mother, Donnaisha, said she was grateful that her daughter was able to engage virtually with children from Jamaica and learn more about the culture.

“The Aunty Ama’s coloring session facilitated that connection that we want her to have with the diaspora. She was engaged with children from jamaica and she was exposed to the Jamaican language and that was really cool. She was also excited about the prizes,” she said.

The last coloring session of the campaign will take take place on May 29th. Amashika Lorne says her goal is to expand the campaign to reach even more children across the diaspora.