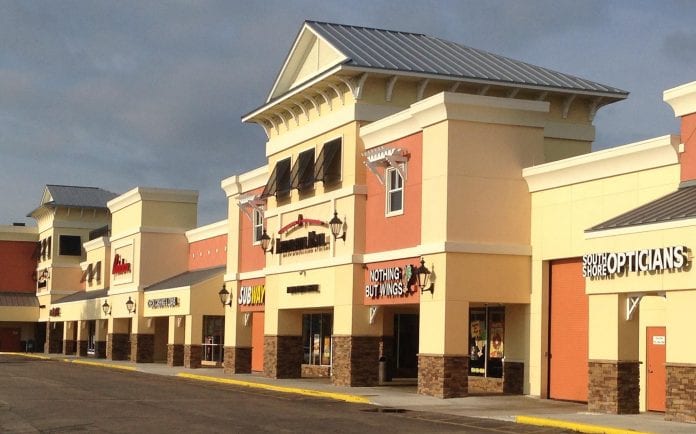 It was business as usual at the expansive Lauderhill Mall, in Lauderhill. Broward County, on Thursday, September 7. Sunny conditions belied the ominous advance of Hurricane Irma.

Many proprietors tended to customers while keeping an eye in the latest forecasts about the Category 5 monster.

Most of the businesses in the area (commonly referred to as Jamaica Hill) are operated by Jamaicans, including Dane “Desi” Malcolm of Jerk Machine restaurant.

His family have run the popular eatery since 1989. They have experienced other powerhouse hurricanes like Andrew in 1992 and Wilma 12 years ago.

“We’re boarded up, everything is taken care of regarding gas. We’ve made sure everything is locked down tight to make sure the storm doesn’t take us out,” he said.

Malcolm told Caribbean National Weekly that he and his team will make a decision “on Saturday or Sunday” when to close.

At neighboring Tropi-Taste, Suzette Gordon was also in wait-and-see mode. The establishment has been around since 1989 and caters to vegetarians.

“Right now, we’re just playing it by ear before we make any decision when to close,” she said.

Over at Joy’s Roti Delight, another Lauderhill landmark, matriarch of the Trinidad-owned family business, Shirley Sawh, was planning to uphold a tradition started by her husband Joy who died in 2014.

“If things go really bad and people are without food we’ll help. Every year when there’s a hurricane we try and help out,” she told CNW. Like Malcolm and Gordon, Sahw and her sons Pradeep and Dave tune in to the regular forecasts. Their current location opened in late 2016 but Joy’s has been a fixture the mall since 1992.
Dane Malcolm witnessed the devastation of Hurricane Andrew. Wilma, he said, was not as destructive. However, he’s not prepared to tangle with Irma which caused extensive damage to Barbuda and parts of the US Virgin Islands. “We have to take this seriously, very seriously.”