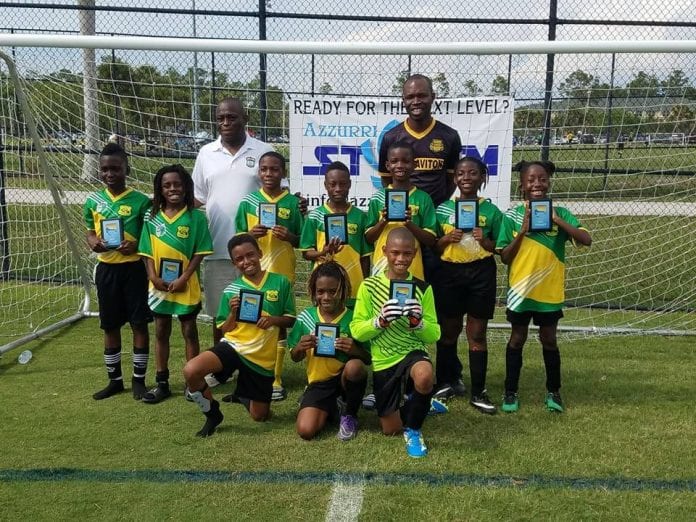 The young soccer players who represent the Lauderhill Lions Football team turned in impressive performances in the KickOff tournament at the North Collier Regional Park in Naples, Florida last weekend.

The  teams, who featured youth from the under 9, under 10 and under 11 age categories did not come up winners but were beaten finalists in the two older age group tournaments and came away with high praises for the organizational play and true grit.

The under 10 and under 11 teams both made the finals of the Naples Kickoff. The under 10 team competed in the Silver division and suffered their only defeat in the finals. Their determination, grit, passion and skill were all on display.  The team came up with 4-0, 3-0 and 2-2 results in their first three encounters, but were outclassed in the final 3-0 by Bonita Springs.

The under 11 team played in the Gold division and similar to their younger counterparts had a dream run to the finals but could not get past Cape Coral Danish Lions in the final which the lost 2-0.

The teams were conditioned by executive coach Keith Davis and his assistants Rajiv Moncrieffe, Damion Tomlin and Patrick Lewin.