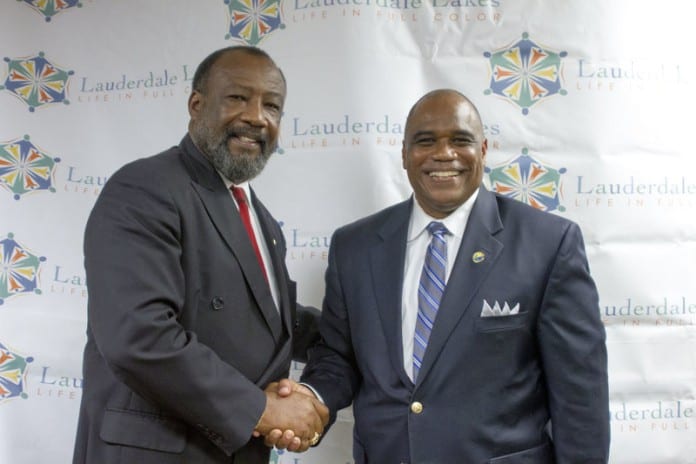 Baker, who is a former city manager of the City of Opa Locka and the City of North Miami, brings to his new post, more than two decades of experience and expertise. Mayor Russell said he was very pleased to have someone with the characteristics and qualifications of Baker to mage the administration of the city.

“With his balanced, sober and stable approach, I have no doubt he will serve the city well,” offered Russell, noting that when he depart city hall following the end of his term, he has every confidence to the city will be left in good hands.

Sharing the major’s hopeful view, Commissioner Eileen Rathery said Baker made an ideal contribution to the city’s leadership “because of his experience and openness.”

“A God-fearing person and someone you can relate to, he will help the city reach its goals,” she said.

Baker was appointed as city manager by the City of Lauderdale Lakes among some controversy regarding the hiring process, after several applicants submitted resumes that were woefully unsuitable for the position. Baker was one of some ten candidates that fulfilled the academic and experience criteria.