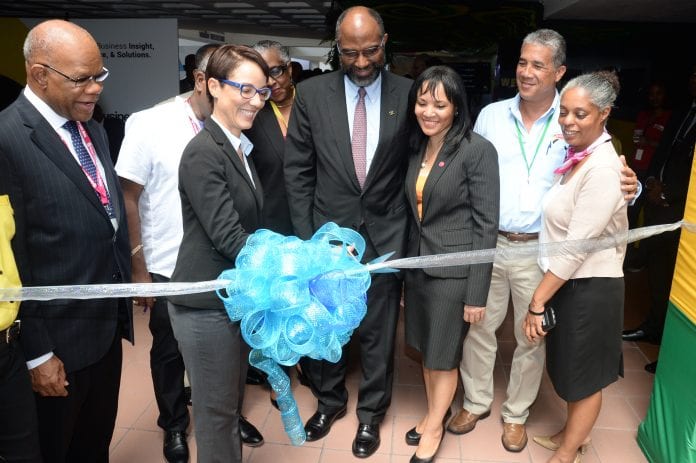 Delegates attending the Jamaica 55 Diaspora Conference 2017 have commended conference organizers for returning the biennial event to Kingston this year. The 2017 renewal was the first time in nine years that the conference was being held in the country’s capital.

“I appreciate it was held in Kingston,” said Adaoma Patterson, President of the Jamaican Canadian Association. “Most of the issues discussed affected Kingston; and it was important that we immersed in the capital city. How can you solve problems if you are not immersed in them?” she asked.

A Jamaican living in New York, who only gave her name as Audia, also believed holding the conference in Kingston was a positive move. “I like that it was in Kingston. The change of venue is good. Kingston has fewer tourists; and I could enjoy being Jamaican, walking around the city and buying my own food,” she said.

For Gary Powell, a retired Jamaican living in London, Kingston is an untapped tourist destination.

“I’m a firm believer that downtown Kingston should be redeveloped. There has been some progress in this regard; however, some people are now seeing the light. When I walk downtown, I see the beautiful architecture of the buildings, which show the rich multi-culture of the city,” he observed.

It’s predicted the “rooms for visitors” program will serve as short-term accommodation for tourists wanting to visit Kingston’s inner cities. Some tourists have expressed interest in exploring the streets of the former home of reggae and Rastafarian Ambassador Bob Marley, and its surrounding environs in Trench Town, Tivoli and Rose Town.

“The Jamaican Diaspora has contributed to Jamaica socially, culturally and economically. For many years, it have brought much needed expertise, financial support, return visits to boost tourism; and provide an outlet for Jamaican exports, thereby contributing directly to economic growth and job creation.”