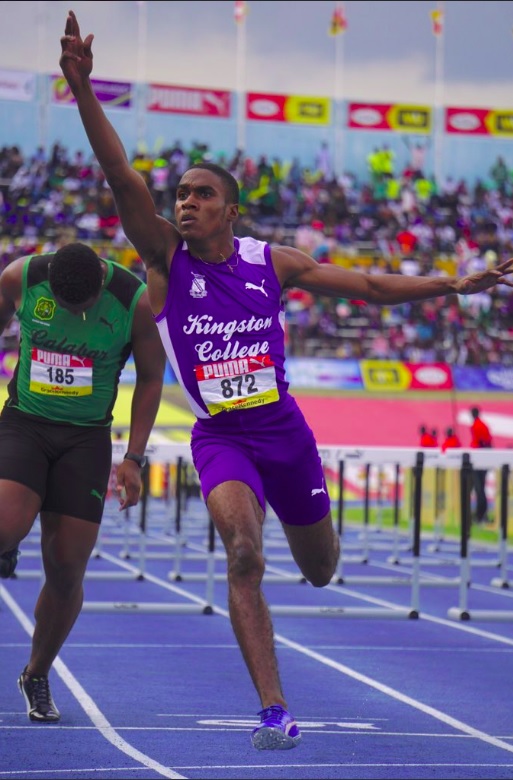 After 10 years seeing other high schools, and particularly their arch-rivals Calabar, have the pride and joy of winning the vaunted ISSA/GraceKennedy Boys Athletic Championship, Kingston College (KC), the home of ‘purple pride’, won the 2019 hosting of the event last Saturday at the National Stadium in Kingston.

In winning the championships KC amassed an overall total of 395.5 points, 82.5 points more than Calabar who finished second with 313 points. Jamaica College placed third with 232.5 points

This has been a great sport year for Kingston College as last November they won the high school soccer ISSA/Digicel Manning Cup.

In the sprint relays, KC won Classes Three and One while Calabar won in Class Two, and the 4 x 400m Open relay.  However. wins in these relays was not enough to halt KC’s ultimate victory.