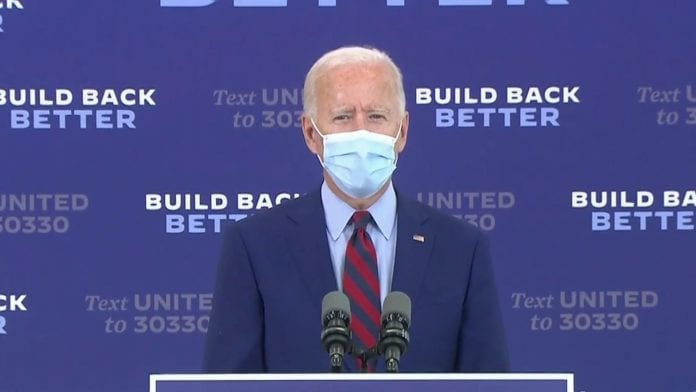 While President Trump was being treated for COVID-19, democratic nominee Joe Biden took that opportunity to continue his campaign trail and pay a visit to South Floridians on Monday.

Biden and his wife, Jill met with voters and elected officials to discuss what issues matter the most to our local community.

The Bidens’ first stop was the Little Haiti Cultural Center where he promised to maintain communication with Haitian Americans and vowed to halt deportations for Haitians during his first 100 days as President.

He also mentioned that he would immediately review the Trump administration’s decision to terminate TPS, offer a path to citizenship for TPS holders and reinstate the Haitian family reunification parole program if he wins the presidency.

Former Vice President Biden also addressed the Hispanic community in Little Havana, emphasizing how he plans to build a new administration to reflect the full diversity of the nation.

He also criticized the Trump administartion’s approach towards Cuba and Venezuela, then finalized his visit by participating in a town hall with Lester Holt and answered questions from Floridians about various topics.

This is what Biden had to say about police reform: one of the most buzzing questions at the Town Hall.

“The vast majority of police are honorable and decent men and women that risk their lives every single day. When they put on that badge and walk out that door they have a right to come home safely. But there are bad apples in every profession. There are lousy commentators, lousy presidents, lousy senators. I don’t know any police department around that isn’t happy to get rid of a lousy cop. The same with the protesters. There is the right to protest peacefully, but once you pick up a bat and start smashing windows, once you light something on fire, once you engage in violence, you should be arrested and held accountable.”