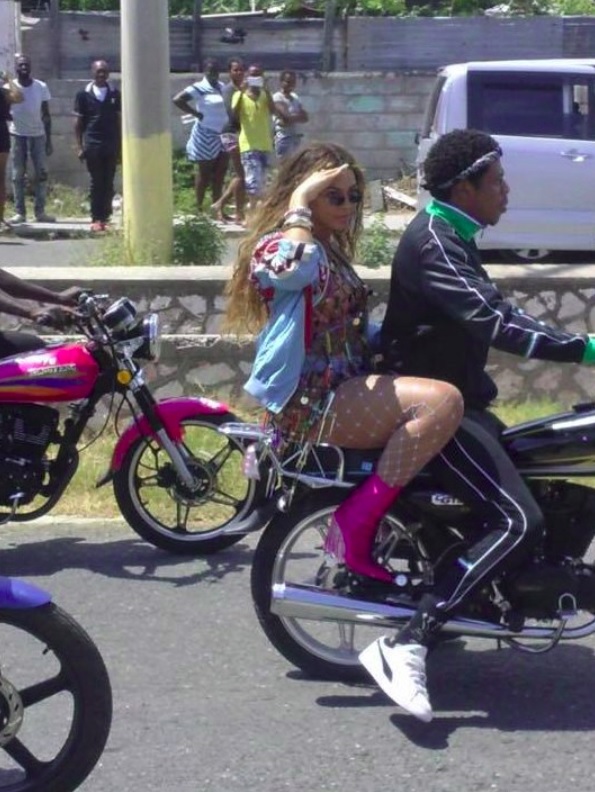 Award winning rap superstar Jay Z and his pop music celebrity wife, Beyonce, were in Jamaica filming for a new music video, much to the awe of many fans.

The two were spotted on the streets of Trenchtown in Kingston, the old stomping ground of reggae legend Bob Marley, on Tuesday. Jay Z was riding a motorcycle and Beyonce was on the back as she blew kisses and waved at fans rocking pink boots and fishnet stockings.

The superstars are apparently in the Caribbean island nation to shoot content for their upcoming joint venture.

The Jamaica Observer reports that the two are accompanied by their three children and a nanny, and will be spending time at a private residence during their stay. The outlet also reported that the pair will be filming videos and songs while in Jamaica, likely for their ‘On the Run II Tour,’ which kicks off in June. The shoot is being directed by Melina Matsoukas.

TMZ is reporting the two will also be shooting at Tuff Gong, Bob Marley’s home and studio. Jay Z last year recorded a single for his 4:44 album with Damian Marley.