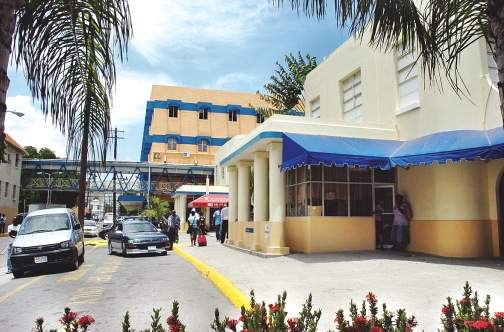 Operations at public hospitals across Jamaica have been disrupted as junior doctors stage a sick-out.

Scores of Jamaicans have been denied health care since Thursday morning as the doctors stay off the job to protest the non-renewal of the employment contracts of 147 of their colleagues.

The contracts expired at midnight after a meeting on Wednesday with the Jamaica Medical Doctors Association (JMDA) and regional health authorities ended without a resolution.

JMDA president Dr. Mindi Fitz-Henley has raised concern about the issue amid a relaxing of COVID-19 restrictions and the likelihood of another surge in cases of the virus ahead of the start of the new school year.

She said health facilities will be under severe pressure to cope without an adequate number of doctors.

Dr. Fitz-Henley said some of the doctors are upset about being offered six-month contracts as this is a breach of the Heads of Agreement which stipulates that the doctors should be offered two or three-year contracts.

Dr. Fitz-Henley painted a grim picture of the potential impact of not having enough doctors in the event of another COVID-19 surge, even as the country already grapples with long wait times for different medical emergencies.

“You may have the doctors who are dealing specifically with COVID but that does not negate the persons coming in that are coming for trauma, those who are asthmatic, those who need to have an emergency C-section. And so, we need to make sure that what we’re doing, no matter what it’s doing, that it’s scientifically backed and that we do have the resources to deal with what is possibly to come.”

At the Spanish Town Hospital in St. Catherine, persons who turned up for appointments had to leave without getting treatment due to the inadequate number of doctors on duty.

Health Minister Dr. Christopher Tufton said contingency measures are in place at hospitals in response to the doctors’ sick-out.

He disclosed that regional health authorities were aware of the possibility of a work stoppage.

“But we will do what we can in the interim and I think the regions are aware so they will make whatever provisions there are. Could mean delays for the public and so on, but the system will continue as best as it can,” he advised.

Several senior doctors have called on the Ministry of Health and Wellness to bring a speedy resolution to the situation to avoid compromising the health of Jamaicans, especially during a pandemic.